We all know Internet sensation Hasnain Khan his fan following his acting skills, his looks and everything. Today we will tell everyone Hasnain’s life before Stardom.

Hasnain Khan is from Dharavi, from a lower-middle-class family, who never dreamed about getting fame in his life which he is receiving currently. He is God’s favourite child, and why not when you have the guts and belief to do something in life, God is always there to full fill your dreams.

Hasnain’s has always understood his responsibility, and he has always stood firm for his family from his childhood. Hasnain’s few years were tough, especially between 10 to 17, at that time his father suffered two heart attacks. Just imagine the condition of the Hasnain and his house, But he didn’t get bough down he joins his father’s work and does tailor work at a minimum age which is commendable. He feels it is part of life and his duty to take care of the family, and it is not a big deal.

Hasnain’s first job was to be a volunteer at marathon race held at Bombay stock exchange for which he earned a mere Rs 400, but he is proud of it because it was his first salary. It was sleepless night and tiring too he was on his foot whole day and night for that event. 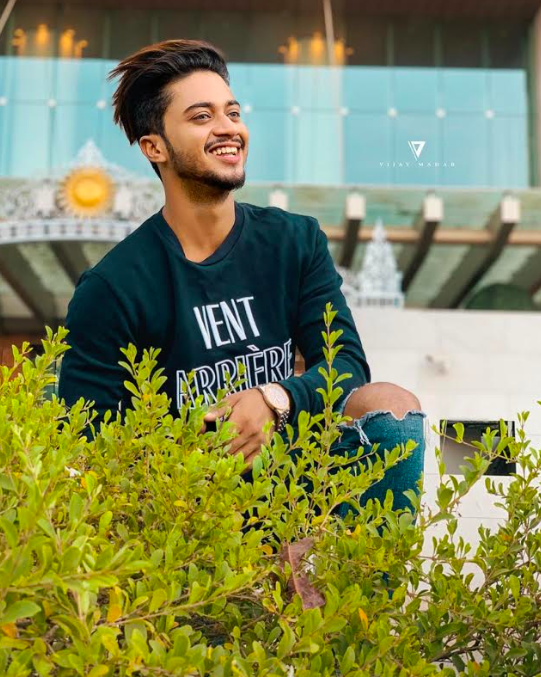 Can you imagine you loved star was struggling to have an iPhone, Yes, Hasnain always dreamed of having an iPhone because he wanted to make videos on TIK TOK & Vigo videos, he was taking phones from his friends to make videos, and he was even using his friend’s account to publish videos. But his life changed when he started making videos on Tik Tok with his other friends Adnan, Faisal, Faiz & Shadan who are a part of Team 07. Today he is so successful that he proudly owns his favourite iPhone & more than anything else he holds people’s hearts.

Hasnain Khan is the part of talented team Team 07 which is worldwide famous for their videos online. They all are like Brother, who supports each other from a very early age.

Hasnain always believes education is crucial in life, and he never gave up in studies when his family’s condition was not good, and Guess what he completed his graduation from renowned Rizwi College.

Hasnain’ has seen lots of ups and down in his life before Stardom, now we wish he sees only one thing in his life “Success.”