It’s a Hindi love song sung by Kunal Goyal The video song has been produced as well as directed by Kartik Sachdeva and the lead cast is himself along with an Instagram influencer, Shilpa Chaudhary.

Both the lead casts were first seen in the song “Dil nu Pasand” together which was a successful release.

Both the casts Kartik Sachdeva and Shilpa Chaudhary are good in their respective fields with Kartik as director as well as an actor in Punjabi & Haryanvi songs. On the other side, Shilpa Chaudhary makes her fans flourish in their hearts with her reels as well as daily vlogs. 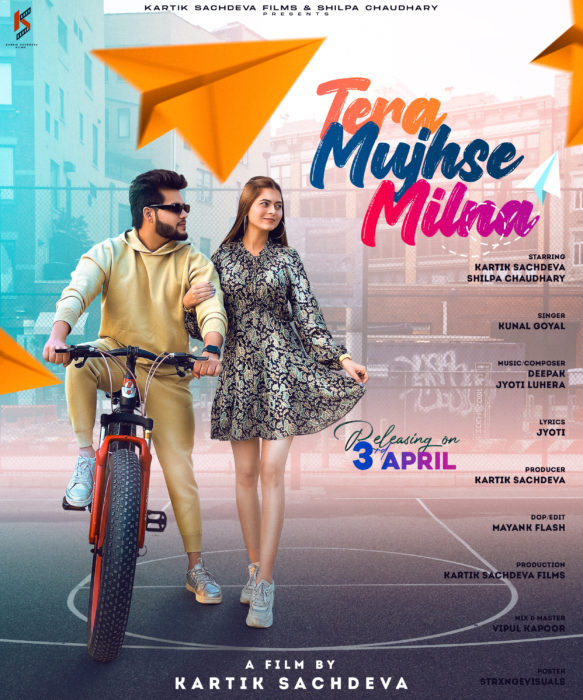 The song is expected to be released at 12:00 pm noon on the 3rd of April. Kartik Sachdeva has described his gut feeling that he has for this song and considers his one of the best creations their followers are eagerly waiting for the song will be released on Shilpa Chaudhary’s personal channel which has over 200k subscribers you can find a direct link attached to her channel below.

We wish the team the best of their luck for their ahead journey full of success.