Aishwarya Rai is at Canes Film Festival 2017 and she’s making everyone turn around to see her dress. Not just once but every time she’s on the red carpet. Bollywood’s very own diva and the former Miss World India, Aishwarya Rai became a royal treat for the shutterbugs during the French Riviera, the Cannes Film Festival 2017. Aishwarya Rai looked ravishingly hot and amazing in her head turner ensemble. She was donning a powdered blue colored, grand and flowy gown which could envy any Disney princess.

With just a minimalistic makeup, with a tinge of cherry on the lips, her simple straight tresses let down, a plunging neckline and an off-shouldered gown made Aishwarya Rai look a million dollar princess who blew away minds of several people present at Cannes 2017. 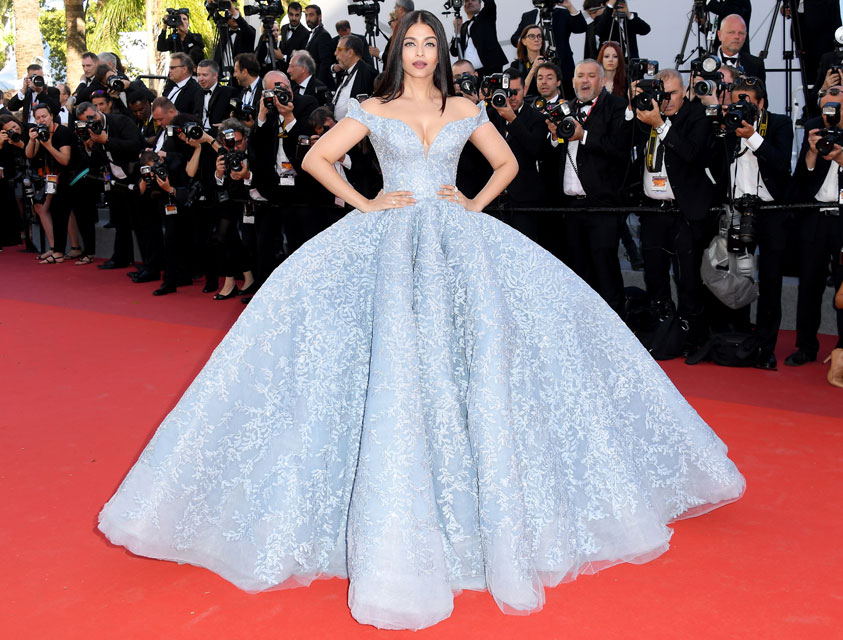 Well, that is not all. During the day, Aishwarya Rai at Cannes 2017 made an appearance for the paparazzis, donning two different looks entirely different from each other. During the first half of the day, Aishwarya wore a bottle green layered dress by Yanina Couture with huge floral motifs all over. She looked astonishingly like a diva with a bright berry red lip color and soft wavey hairdo while posing for the cameras on the beach. 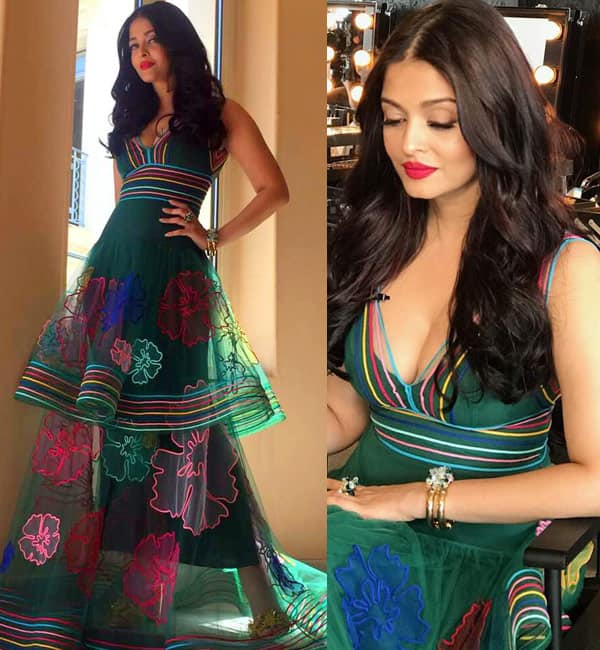 What more Aishwarya Rai wore at the Cannes 2017?

Later, during the daytime, Aishwarya Rai slipped into a cream coloured, floral printed and embroidered gown by Mark Bumgarner and looked stunning with subtle eye make up, bright lip color and soft curls. Last year, at Cannes, Aishwarya Rai had to take criticism for her purple lip color but this time, she seems to have cautiously done her makeup and hairdos along with the red carpet attire that simply nailed the event.

Aishwarya Rai’s another look at the Cannes Film Festival 2017

This year, its the 16th time that Aishwarya Rai has walked on the red carpet ceremony of Cannes Film Festival 2017. The event is also special for Aishwarya Rai as she is accompanied by her 5- years old daughter, Aradhya and the actress is promoting her 2002 released film ‘Devdas’ again.