Anushka Sharma is one of the gorgeous Bollywood actresses, who is known for the cute and bubbly Punjabi girl characters that she had played in the superhit movies including- Badmash Company, Rab Ne Banadi Jodi, Band Baja Barat, Patiala House, Jab Tak Hai Jaan and many more.

She is also an acclaimed actress who has done some intense, women- oriented roles in the movie like N10 and Sultan. But Anushka Sharma’s upcoming movie, Pari is the most awaited one that her fans are looking forward too. 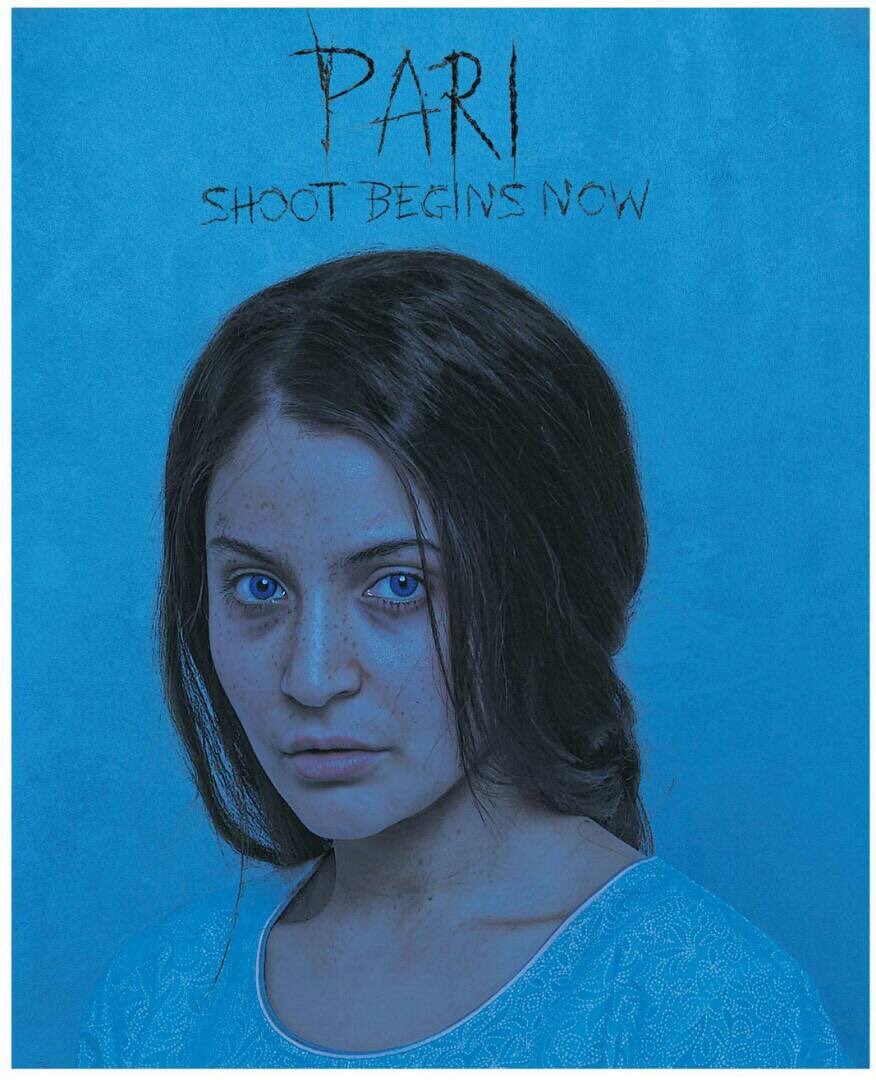 The first look of Anushka Sharma’s upcoming Bollywood flick, Pari is released officially and her intense gaze in it can give everyone chills as she looks so eerie and creepy. Anushka Sharma looks cold and stoned in fear with shabby hair and aqua blue dark circled eyes that are in matching with the backdrop.

As per the movie poster of Pari, Ae Dil Hai Mushkil actress, Anushka Sharma has weary skin with freckles all over. The title of the movie in the first look itself ‘Pari- Shoot Begins Now’ is so scary that it can remind you of Hollywood’s horror movie poster ‘Lights out’.

As per the poster of the movie Pari released on Twitter today, Anushka Sharma seems to have decided to go without make up onscreen this time and look weak and fragile.

The movie Pari has hit the floor for shooting and is likely to release next year. Pari is Anushka Sharma’s third movie as a producer in a row after NH10 and Phillauri. Anushka herself released the first look of Pari on social media today that has taken the entertainment chatterbox by storm.

The genre of Anushka Sharma’s movie Pari is a love story starring Parambrata Chatterjee in the lead. Clean Slate Films and KriArj Entertainment, are the co-producers of the movie while it is a debut project of Prosit Roy.

With the posters of the first release, the movie Pari looks to be an engaging cinematic project that will be loved by the audiences, specially Anushka Sharma fans. We have already seen Anushka Sharma as a sweet – harmless ghost in the movie Phillauri and we hope to see her creepy and shady character this time with her upcoming Bollywood flick Pari.