Ever since Anushka Sharma and Virat Kohli have made their relationship public, the has surprised their fans with some very wow images. The Bollywood actress, Anushka Sharma and his beau, Indian ace cricketer, Virat Kohli have been snapped together many times by paparazzi on the cricket ground, airport, vacation or at any social event. In fact, their fans are waiting to see the couple in wedlock but both Virat Kohli and Anushka have always kept mum on their plans for the wedding. Talking about the images shared by Virat Kohli himself on his Instagram page, the cricketer appeared in a black achkan styled long jacket in velvet with intricate embroidery detailing teamed up with red chudidaar and a stole in red colour. The chiseled face, Virat Kohli is looking dashing in the attire and his eyes glued on his lady love, Anushka Sharma. Whereas on the other hand, Anushka Sharma looked stunning in deep red fully embroidered lehenga and orange net dupatta. Her minimal makeup and the right piece of jewellery is making the actress steal the show. 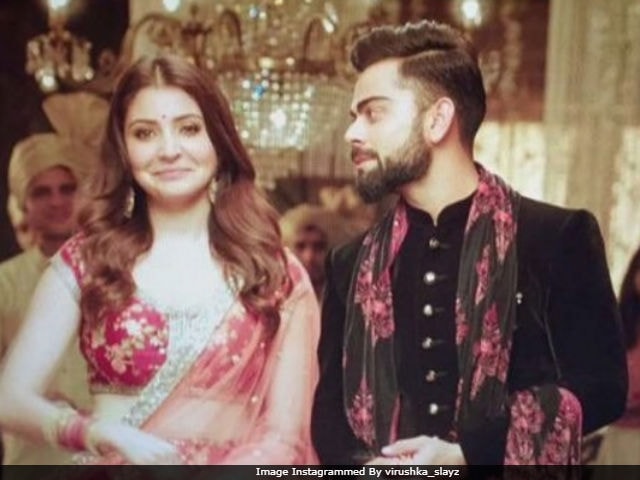 Well, to those who think that Virat Kohli and Anushka Sharma are busy doing their pre-bridal shoots and the pictures released on social media are the proof of it, then I will tell you the truth behind all this. Actually, the recent images of Anushka Sharma and Virat Kohli where both have been dressed like bride and groom has got nothing to do with their wedding. The images are just a part of a television commercial that Virat Kohli and Anushka Sharma have done together. The television commercial is yet to be launched and is likely to go on air this Diwali. 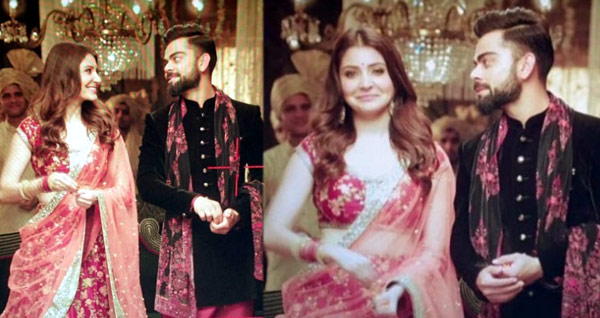