Chandigarh Carnival, the most awaited fair in Chandigarh is again live for year 2015 at Leisure Valley, Sector 10, Chandigarh. Being an annual event, Chandigarh Carnival is organized by Chandigarh Administration in collaboration with Chandigarh Tourism over the last weekend of November. Various stalls are set up in the area opposite Government College of Arts in sector 10 to enthral the visitors. These stalls also include participation from Chandigarh government departments like Chandigarh Police, Chandigarh Traffic Police, CITCO etc.

Floats prepared by the students of arts college are the main attraction of the event. These floats are made using bamboo tree sticks on a rickshaw and are decorated with colourful papers in the shape of cartoon characters. 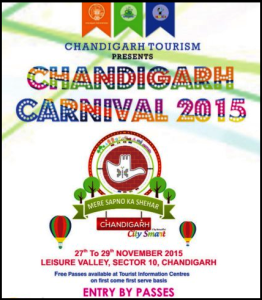 Entry: Entry to Chandigarh Carnival 2015 is free. Chandigarh administration has introduced free passes for the event which can be collected from Chandigarh tourism information centres on first come first serve basis.

Chandigarh carnival event is always filled with fun and joyous activities. Star nights are also held for the citizens of Chandigarh during the carnival. Here is a list of main events for 2015 version of the carnival. 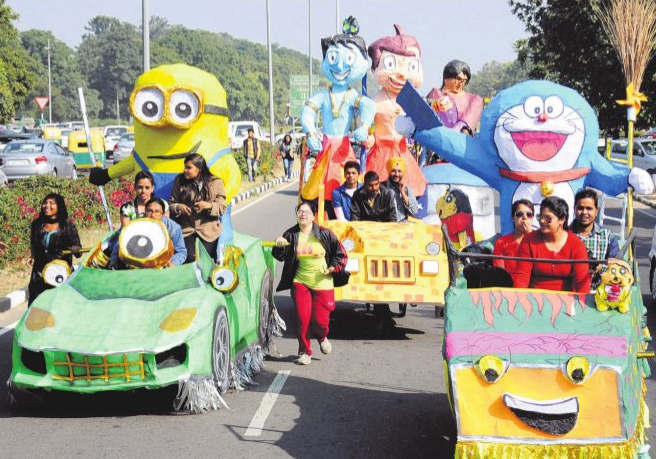 Chandigarh Carnival is one of the best events of Chandigarh. The fair has become so popular that it even attracts foreign tourists to Chandigarh especially for the event.

What are you waiting for? Go and grab your passes. It’s absolutely FREE!