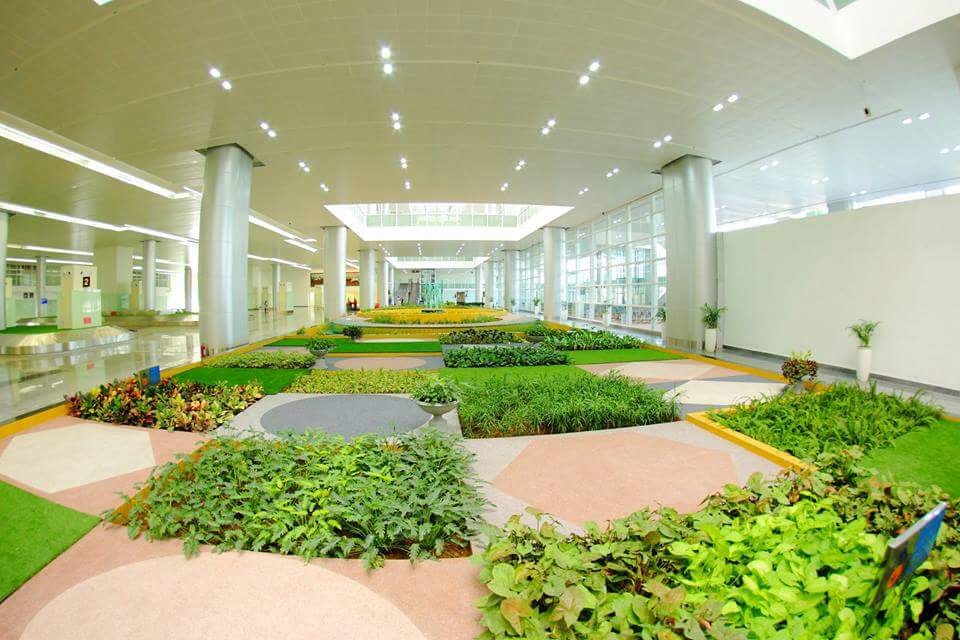 Chandigarh International Airport is the first Eco-friendly airport in India. It has used the green technology and has enough greenery inside the airport. Special green belts have been created within the airport premises which are well-maintained and look beautiful. The green plants are not artificial plants like many airports use them for decoration but the international airport at Chandigarh has real living plants that catch the eye of visitors. 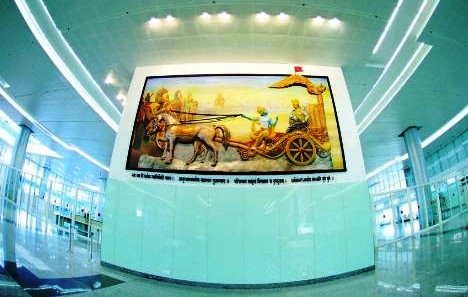 Some meaningful and eye-catching murals have been set up inside the Chandigarh airport’s international terminal building. Apart from the type of one shown above depicting a scene from Mahabharata, culture of Punjab & Harayana has been showcased. Statues of great Indian leaders of the past have also been showcased. These include Mahatma Gandhi, Nehru etc. 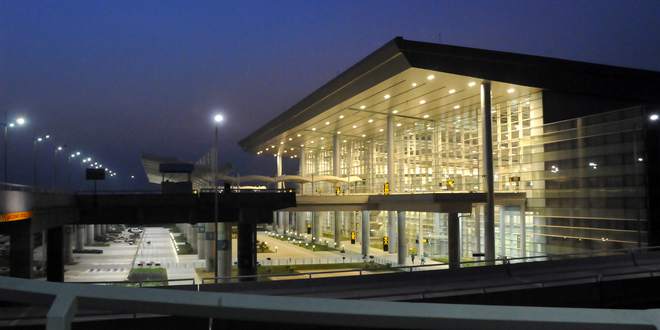 The International Airport building in itself is a world class structure. The building has been built in such a way that during day time, there is no need to switch on the lights inside the premises and the glass does not allow the outside heat to come in. It has been built by Larsen & Toubro (L&T). 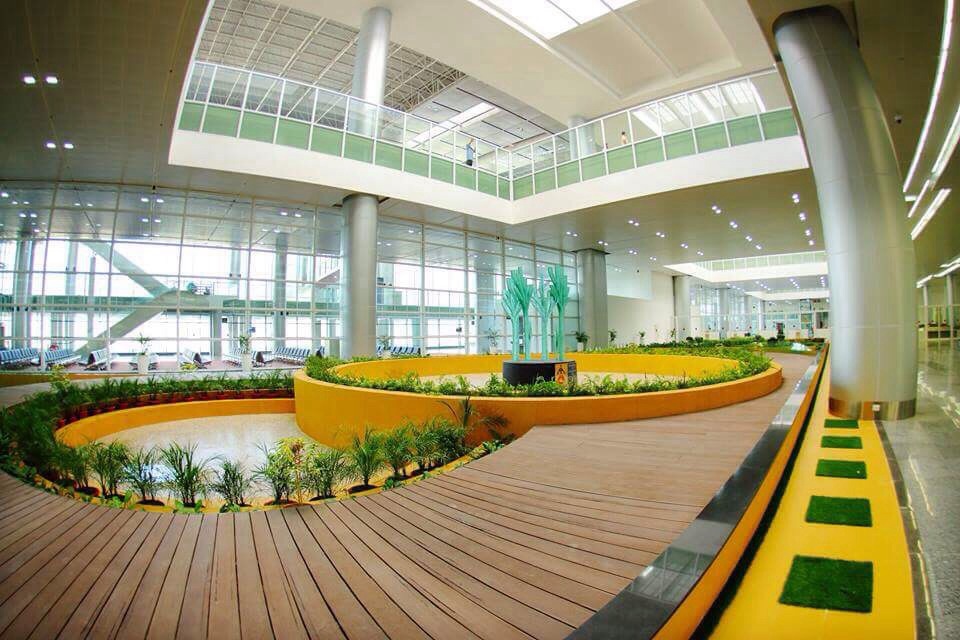 Everything inside the Chandigarh International Airport is so appealing that anyone can fall in love with it. The ticket counters, luggage belt, decoration on walls, the floor, the elevators, the view outside… I mean everything….

The new building for Chandigarh International Airport is a world class building which was inaugurated by Narendra Modi, the Prime Minister of India in September 2015. No international flights operate from this airport as of now (March 2016), but it would soon star international operations with direct international flight to Dubai and other destinations including Singapore, Thailand and maybe even France etc.

Being awarded with CIDC Vishwakarma Award for the best landscape and interiors surely is a moment of pride for Chandigarh and all those who would soon be flying to international destinations from this awesome airport. Chandigarh International Airport has much more to achieve. Recently, the name of the airport was finalized to be ‘Saheed Bhagat Singh International Airport’. An announcement regarding the same is awaited from the central government but the name has been finalized.