Believe it or not, Chandigarh is dream city. People all over the country wish to spend the rest of their lives here in a city that is flawless in design and scenic in its beauty. With that in mind, you would also agree that people here in the City Beautiful live a lifestyle different from those in metropolitan cities. The sense of ownership and possession is quite inherent in people, be it owning posh residences, vehicles or anything that has the capacity to make them stand out in their circle.

Let us take a glance at the 3 most essential things that everybody dreams about in this city.

It’s Not Roti, But Butter roti

Managing a regular meal is one thing but while you are in Chandigarh, a butter naan is just the basic. The love for food is so deeply embedded in the chromosomes of Punjabis that it becomes almost impossible for them to survive without relishing authentic foods.

They don’t care two hoots about cholesterol, diabetes can take a backseat and high BP is just a number. As far as there is sumptuous food including murga alongside a mashook, life’s bliss for most Chandigarhians.

It’s Not Kapde But Branded Kapde

It hardly matters if they fit you well. It is a matter of second thoughts if the color really suits you. As far as you have purchased your outfit from a plush showroom, you have all rights to be in the league. There was once a time when shopping in Chandigarh meant all about Sector 17. Today, with high end malls offering brands that one must not have even heard of, we have a mass of people bludgeoning their way through these showrooms. For I would like to leave it to you to judge such times, nevertheless, you would have to agree that wearing branded clothes have become a recognizable indicator of you being a hardcore Chandigarhian.

Not a Simple Makaan but Luxurious Makaan

Flats are mainstream. We prefer lavish kothis. From songs to movies, the craze people here have about owning a swish bungalow is something only somebody living under the rock would not know. The moment you enter Chandigarh, the love for such houses becomes quite evident. With property rates touching the sky and the unwillingness of present owners to detach themselves from the possession of their houses, buying a house in a lush sector today is actually a dream. But one thing that stays for sure is that it is these very houses that add to the glitter and charm of the City Beautiful. We could only pray to gather enough means to become proud owners of one such house, someday!

If we had to add another thing to this list, then it would be a Wade Wali Car.

Stop not, then there’s a craze for a VIP Number. 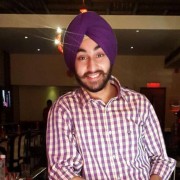 Gagandeep Singh is pursuing his degree in Law from Panjab University, Chandigarh. He is a passionate speaker and has a flair for writing. He accredits his inquisitiveness as his driving force. With a zest in his heart and a spark in his soul, he is here to keep the readers abreast with almost everything that catches his eye. Gagandeep can be reached at hello@chandigarhmetro.com