Bicycle sharing is a venture that has been taking over the world recently. It is a quick and efficient way for people to commute from one place to another paying a nominal fee and in an environment-friendly way. This way has been recently adopted by the Chandigarh Smart City Limited and it plans to expand its horizon by covering over 600 different points in the city for a widespread bicycle sharing network. The points will serve as an exchange for over 10,000 bicycles.

The main aim of the plan is to make Chandigarh a pollution free zone by promoting the use of bicycles as an alternative transport system.

The Chandigarh Smart City Limited has lent out a tender for companies to participate in which will allow them to secure an order of 10,000 bicycles. The famous city points that will be covered within the 600 points of bicycle sharing spots include:

A senior official reportedly said, “This is being done to promote vehicle and pollution-free zones in the city. Instead of opting for a taxi or a bus, one can take a bicycle from one point and drop it at the next point nearest to his or her destination.”

When to Expect These Bicycles?

The news is surely a great one as we can already imagine traveling from one destination to another on a bicycle without the worry of parking or commuting back. However, if you are also eager to ride this bike in Chandigarh, you’ll have to wait for few months. CSCL has invited tenders from interested parties with the following eligibility criteria:

How Will the Bicycle Sharing Process Work

The bicycle shall only be given to a person after collection of a valid ID. The basic functioning of a bicycle sharing system includes the submission of an ID to collect the bicycle and dropping of the bicycle at another cycle point close to the destination of the customer.

The maintenance and safety of the bicycles will be handled by the company who’ll be responsible to run this venture in Chandigarh. 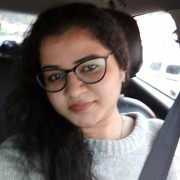 Swati Pandey is a human resource professional with an experience of over 5 years. However, writing took her by collar and hence she is serving Chandigarh Metro with her creative pen. In free time, Swati loves reading novels and listening to soft music. She is exploring herself with each passing day... :)