Chandigarh Traffic Police has collected 10.84 crore as revenue for year 2015 by challaning those vehicles that were found violating traffic norms on city roads. Chandigarh traffic police is known as one of the most active traffic police force in India and every year it makes a huge contribution to the overall revenue collection of the city.

A total of 2,91,412 challans were issued by Chandigarh Traffic Police in year 2015 which include those issues to two wheelers, three wheelers and four wheelers. 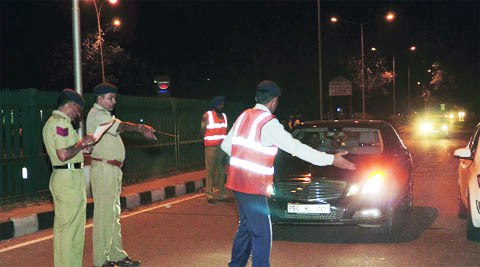 Along with the challans, 13,776 vehicles were impounded by Chd Traffic Police and over 6,279 vehicles were towed away by traffic police tow trucks.

The minimum amount of challan in Chandigarh is Rs. 300. However the amount doubles if the violation is repeated for the second time.