After the second day of the first Test between England and West Indies, fast bowler Mark Wood said that the English seam bowlers were using sweat from their back instead of their saliva to let the ball swing the ball better.The fast bowlers union – a name coined by the late great Malcolm Marshall – had agreed that they would not use saliva on the ball, given the dangers it could pose given the impact the novel coronavirus, COVID-19 has had on the world, leave alone sport. Check betway detailed article what other legends think about this new ICC rule.

Wood – and in all likelihood – most fast bowlers, talking about ways to get the ball to do their bidding and most of them may use their sweat. Twenty-five years ago, another fast bowler – South Africa’s Fanie de Vlliers – had a unique way of getting the ball to swing. Instead of using saliva, Fanie would shove the ball into his armpit. Although the umpires often grumbled about it, Fanie reckoned using spit to shine the ball was even worse.

Australian paceman Merv Hughes had a different approach. He used the shining the ball as a way to intimidate the batsman. Tall, big built and with a walrus-like moustache, Hughes would lick the ball while glaring at the batsman and then rub the ball on his crotch while snarling at them. It’s difficult to point out the reason behind his success: the effect of the swing the ball got or the intimidatory tactics that he employed.

But the coronavirus pandemic and the reintroduction of cricket after a lengthy gap is the perfect moment for the ICC to rethink its rules for fast bowlers. Given that batsmen have the advantage in both Tests and ODI cricket, given the width of the bats, bowlers need to have some leeway and the best way they can have this by legalizing the tampering of the cricket ball.Of course, we’re not talking about the way Steve Smith and Cameron Bancroft did it, using sandpaper or a sharp object. We’re talking more of the use of petroleum jelly such as Vaseline instead of sweat, so that getting the additional reverse swing will help the bowlers.

Vaseline has been used a few times in international cricket, the most infamous case in 1977 when John Lever, a fast-medium bowler from Essex used it to give the ball extra swing in the third and final Test in Madras (now Chennai). England, which was led by the late Tony Greig, was leading the series 2-0. Lever reportedly tampered with the ball in the first two Test matches, but was called out for tampering with the ball only in the third Test.

If the ICC does expand the possible ways to shine the ball, it will be good for the game, and will give fast bowlers something to look forward to in a game that has suddenly become dominated by batsmen. And while Kane Williamson, Virat Kohli, Steve Smith and Joe Root are some of the best in the business today, it’ll be interesting to see how their technique changes if the bowlers are given equal advantage. And adding that extra shine to the ball, may help make cricket great again. 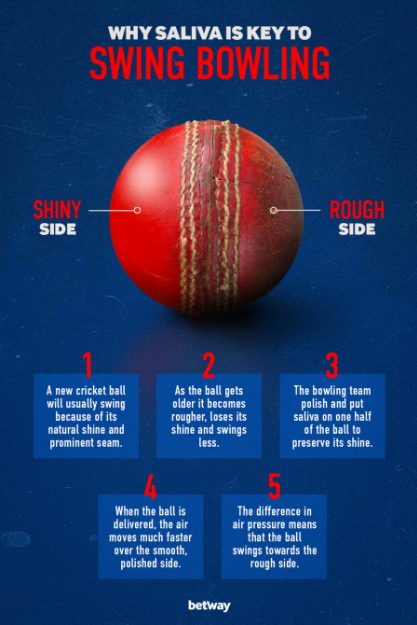