The most awaited Bollywood movie of the year 2016 ‘Dangal’ has been released this Friday i.e 23rd of December, 2016. As masses not just in Chandigarh but in different cities of India awaited this Aamir Khan release, we bring you a first review of the film. There’s no doubt in the fact that the movie is being said to be the best film of the year.

Before its release, ‘Dangal’ had created much hype through the movie trailer. Even before the movie was released, noted people from Bollywood had already commented on the movie and somehow given reviews of Dangal much in advance. It is due to these advance reviews that Dangal is being quoted the best movie of the year 2016.

After the release of Dangal’s trailer in October, anyone could say that the movie would be an awesome one. The storyline, screenplay and the role of Aamir Khan became the talk of the nation. The trailer of Dangal showcased that girls can also carry forward the legacy of a family and can achieve what we call difficult. It also focused on the equality of women in Indian society. 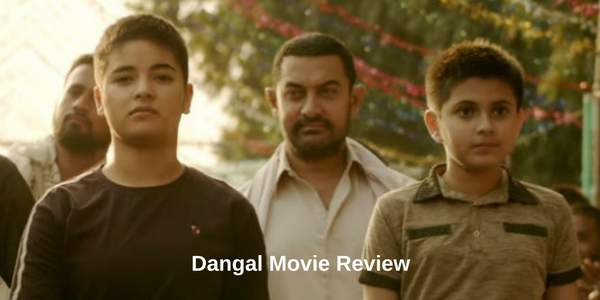 We would say that Dangal has really come upto the expectations. The first reviews of Dangal are so superb that it has brightened its path to become the best movie of 2016. Dangal is all set to break many records of the Bollywood Industry.

Apart from Aamir Khan, whole cast of Dangal has put their best foot forward in the screen. Its not our verdict, but the whole Bollywood on twitter have praised the effort of Aamir Khan and his team for ‘Dangal’.

Once again Aamir has left the audience spellbound with his film. So if you are planning your weekend out for a movie, then this Dangal Review (where we have restricted ourselves from giving much information) should be your reason to go and watch the movie. Yes, the movie can somehow be compared with ‘Chak De India’ but it’s much more than sports, patriotism, and women empowerment with an amazing story.

Meet The Man Who Inspired Aamir Khan to Make Dangal