Elante, the biggest and the most liveliest mall in Chandigarh is gearing up to celebrate its second anniversary and the festival of Baisakhi, 2015. To mark this special occasion, many activities have been planned inside Elante Mall premises. Celebrations will be held for 4 days starting 11th April. A complete schedule of Baisakhi and 2nd anniversary celebrations at Elante Chandigarh is as follow: 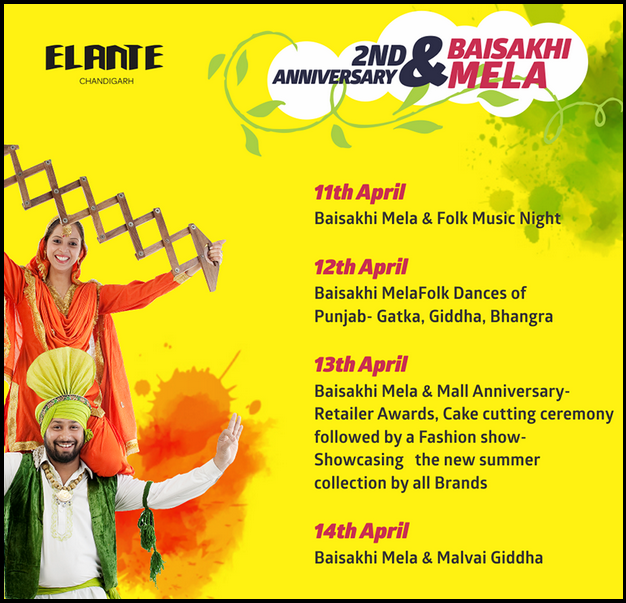 Elante Mall Chandigarh will be dipped in Punjabi fever throughout these 4 days. It was on 13th of April, 2013 when the city of Chandigarh got its biggest mall with the official opening of Elante.

Elante has been a crowd puller from day 1 and it has been organizing events to keep the interest of Chandigarh residents and give them something new every time. So, this time again, Elante is here with a complete Punjabi event on the eve of Baisakhi and its 2nd anniversary celebrations and you all are cordially invited!

Also Check Out: Gatka performed at Elante Mall on the eve of Baisakhi in Chandigarh.