Internet is growing so as a social media platform, from Instagram, Facebook, Twitter and all. Now people have found a new way of becoming famous by posting their talent with videos on different Apps. TIK TOK as we all know is the most renowned app available in India for fun. Most of the celebs have joined this app and enjoyed posting their videos in it.

These apps have given a new way to ordinary people to showcase their talent to people. Faisal Shaikh is the best example of it; He belongs to a middle-class family he never thought he would be famous one day in his life.

Right now Faisal Shaikh is having over 14.2 million fans on TIK TOK he holds the first number in fan following throughout India. He has more fans than most of the B-Town stars. It shows his skills, talent and looks which has attracted so many people towards him in no time.

Faisal Shaikh has seen a drastic change in his life. He is getting several offers from Directors for Advertisements, Web Series, video albums, and we also heard he is in talks with few directors for a movie.

Faisal Shaikh is in a lead role in Ramji Gulati’s Video song, which will be launch shortly. It will be Faisal debut in B-town or Music album as an actor. Faisal has that looks and physique and acting skills. To take him to the heights in B-Town and he has a huge fan following.

Faisal’s popularity will make his first song a super duper hit all thanks to his fan following. We will surely see a record on YouTube as his song get Launched. 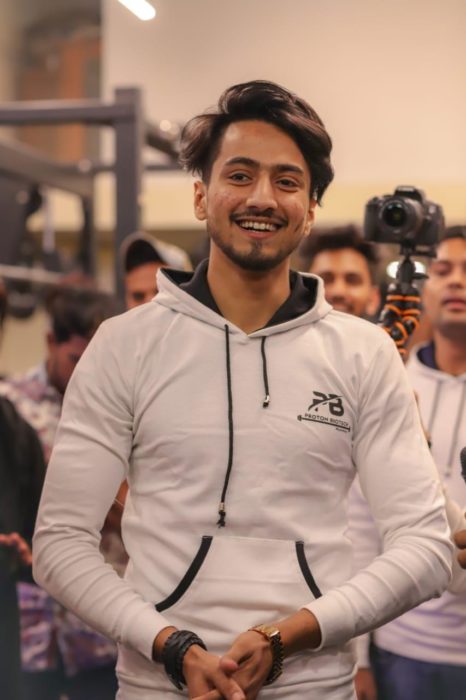 We will also see a headline Faisal Shaikh social media star turned Actor with no Godfather gets the highest number of views for his debut in most prominent newspapers and social media sites.

Other than acting his dream is to become an Entrepreneur, and he is also working hard for it. He is already a brand Ambassador of a health-related product called PB Nutrition.

It is just a start for Faisal Shaikh career many more good things waiting for him in life. He is young energetic; he has a look, Physique and acting skills. It will be an exciting thing to see what life has stored for him shortly an Entrepreneur or B-Town favourite superstar.