A minor fire broke out on the third floor of Elante Mall in Chandigarh leading to a panic all over. According to the first reports that poured in at ChandigarhMetro.com office, it was a restaurant on the third floor where the incident happened. The whole area was soon filled with intense smoke which made people rush outside.

The security at Elante Mall took an instant decision and evacuated the entire mall within minutes. The entry to the mall was also closed for that time.

Over hundreds of people were present on the third floor of Elante Mall when the fire broke out. However, no casualties have been reported so far. The reason of the fire has not been analysed yet but the top floor of Elante can be seen filled with smoke due to fire. 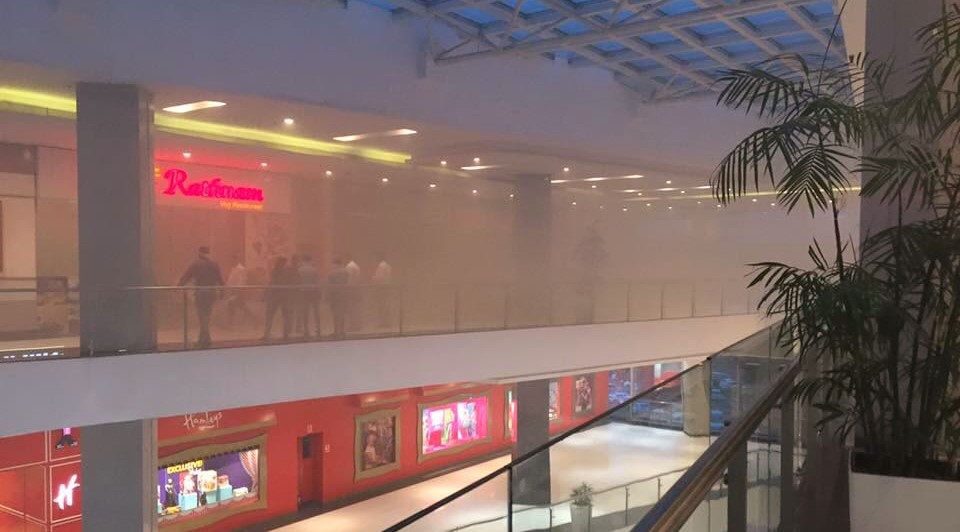 The situation was soon brought under control and further investigations are on.

We would update this post as soon as we get further information.

It was not a major fire. The incident happened at Keylong restaurant on the third floor of Elante Mall. It was in the kitchen area that something went wrong and the area was filled with smoke.

The mall was back to normal in few minutes. However, it took some time to clear off the smog from the third floor.