Punjab, a North Indian state of India is all set to have a new IIM (Indian Institute of Management) in Amritsar. It was in the Union Budget of India for the year 2014-15 that 6 new IIM Colleges were announced by Arun Jaitley. According to the announcement, the six states where new IIMs will come up include Punjab, Himachal Pardesh, Odisha, Bihar, Andhra Pradesh and Maharashtra.

Punjab government had welcomed the decision to open an IIM in the state as to boost the education. The land for this new IIM in Punjab has been finalized in Amritsar. 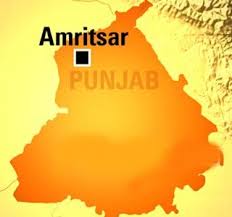 The new IIM campus at Amritsar in Punjab would come up at 200 acres of land. The actual location of the campus has not yet been decided. 2 sites have been proposed by the Punjab Government for the IIM institute. One of these is at Sheron Bagga village near Baba Bakala and the other one is at Awaan village near Ajnala. Both these sites are about 35 Kms away from the main Amritsar city.

Punjab Government said that selecting 200 acres of land in the main city was not possible, so they had to look out for suitable land on the outskirts of the city. The selected land at both these villages belongs to the Panchayat and all necessary formalities had been done.

It has already been decided that the admission procedure to IIM Amritsar in Punjab will be the same as other IIMs across India. Students will have to appear in CAT exam and then the selection procedure will follow. The Indian Government has told all new IIMs to start their sessions from the year 2015.