Snapdeal, one of the well-known e-commerce player in India is set to merge with Flipkart as Softbank (Snapdeal’s largest investor) has cleared the merger deal. Snapdeal had been in merger talks with other companies as well. According to sources, PayTM wanted to acquire Snapdeal but the valuation offered by PayTm was much lower than what Flipkart is offering.

If the merger deal between Flipkart and Snapdeal goes forward, it would be one of the biggest acquisition deal in e-commerce sector of India. It is estimated that the Flipkart Snapdeal merger might move forward at $1 Billion valuations.

Softbank holds 30% of Snapdeal shares and it is currently in the process of talks with other investors of Snapdeal so that the merger with Flipkart may happen.

In terms of valuation, Snapdeal wants it to be around $1.2 billion to $1.5 billion on a minimum scale. This was reported by Business- Standard. 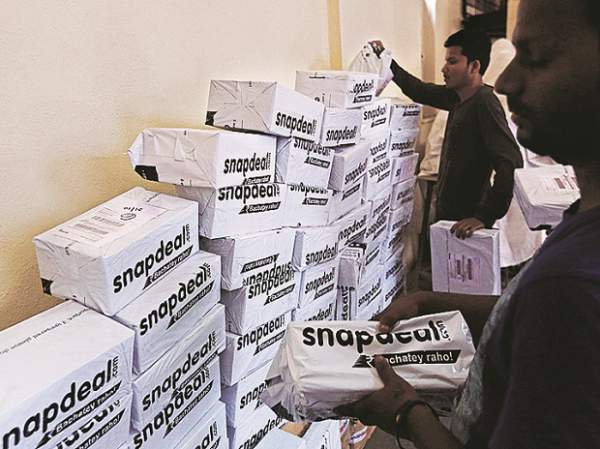 Some unverifiable sources cited that Snapdeal is into huge losses. the Indian e-commerce company is said to be left with Rs 500-550 crore and is also said that Snapdeal is losing a whopping amount of Rs 50-60 crore per month. This loss analysis of Snapdeal was published first by Financial Express

It is learned that Alibaba which was an early investor in Snapdeal also wants an exit.

Whatever the case maybe, Snapdeal is the third largest e-commerce website in India just after Amazon and Flipkart. By taking over Snapdeal, Flipkart will just have one competitor i.e. Amazon. All eyes are currently on Flipkart Snapdeal merger.

Let’s see what happens to Snapdeal. The intensified talks by Softbank point out towards a successful merger between Flipkart and Snapdeal. This might happen in the next 2 to 3 weeks.