For years now, Ford has committed to manufacturing eco-friendly cars, trucks and passenger vehicles. From one model to another, Ford’s cars have become more fuel-efficient. As they plan to go big on electrification, the Fords EcoBlue family is intended to grow in equal proportions.

Ford Everest lies in the Fords EcoBlue family that’s renowned for its eco-friendliness and fuel efficiency. And while we credit its engine for efficiency, other factors like aerodynamic design and torque-on-demand features help in optimizing fuel efficiency.

The demand for green cars continues to grow every day. How each brand incorporates new technologies in its models differs from each other.

While some models like Ford Mustang utilizes the EcoBoost technology to optimize fuel efficiency, improve performance and reduce carbon emissions. Ford Everest like any other current sports utility vehicle from the Fords family uses the EcoBlue technology. 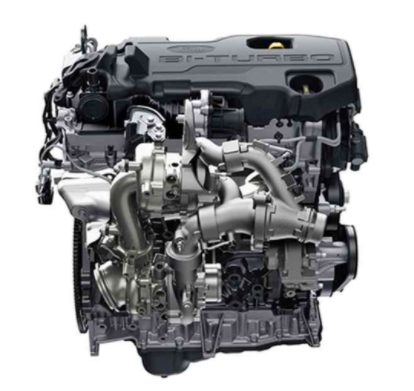 The EcoBlue engine featured in Ford models such as Ford Edge, Ford Everest, Ford Ranger Raptor and Ford Transit was first introduced in 2016. Unlike the EcoBoost which was specifically developed for petrol engines, EcoBlue is used to power diesel engines.

By loading the Everest with an EcoBlue engine, divers now enjoy a fuel-efficient SUV that produces minimal carbon monoxide, nitrogen oxide and low vibration. High performance is what to expect upon purchase.

To maintain friction at its lowest, the automaker uses a clean-sheet design with the crankshaft offset by 10 mm from the piston. This reduces piston side load and reduces friction caused by rubbing surfaces. Again, the crankshaft bearings’ have smaller diameters.

Besides using friction reduction technologies, the automaker used a mirror-image porting design that integrates inlet valves with the capability to control airflow into the cylinder. This technology is meant to optimize fuel combustion in the chamber. Turning fuel into energy is made more effective by the mirror-image inlet system.

The simultaneous clockwise and reverse airflow into the cylinders offer asymmetrical uniform mixing of air and fuel in the combustion chamber.

A new injection technology – piezoelectric- is used in the EcoBlue engine at the inject unit as it electrically controls minimal fuel delivery. This technology minimizes energy wastage making the Ford Everest fuel-efficient.

As the manufacturer undertook every step to make sure Everest is environmentally friendly, the powertrain was also put into consideration. Under the hood of the lowest Everest trim selling in Thailand is a 2.0 L turbo engine with a capacity to produce 213 PS and 500Nm.

The top variant is loaded with a 2.0L Bi-Turbo diesel engine characterized by its 16 valves and four cylinders. It powers out 213 horsepower and 500Nm.

With every Everest variant equipped with the EcoBlue Engine, you are not only assured of a powerful SUV but a 7-seater that helps preserve nature and its inhabitants.

Yes, the budget may not be friendly if you go for the top variants but the luxury, comfort and power are worth the amount. Ford Everest is Euro 6 compliant which means it’s an eco-car that environmentalists can drive with pride.