Hyatt, the American chain of luxury hotels has entered Chandigarh with their esteemed brand ‘Hyatt Regency’. The hotel has come up at Elante Mall in Phase 1 and is now the biggest hotel in the city. Hyatt Chandigarh was under construction since the launch of Elante in April 2013. It took Hyatt more than 3 years to complete but as of now, on its launching, a single look at the hotel Hyatt Regency Chandigarh will make you say ‘wow’.

Before Hyatt, Chandigarh had just 3 BIG hotel chain names associated with it namely – JW Marriott in Sector 35, Hotel Lalit at IT Park and Hotel Taj in Sector 17. With the opening of Hyatt Regency at Elante, Hyatt has become the 4th branded name among the most luxurious hotels in Chandigarh.

L&T, the company which developed Elante Mall in Chandigarh had roped in Hyatt to open a luxury hotel within the mall premises. Since, Elante is also the biggest mall in region, it wanted the hotel which should come over at Elante to be the biggest in city. Here’s a comparison between all 4 branded luxury hotels in Chandigarh.

Interiors at Hyatt Chandigarh are Fabulous

Hyatt Chandigarh is not just a hotel offering rooms to travellers and businessmen. It has a variety of things and experiences to be offered to Chandigarh residents. Few options include: 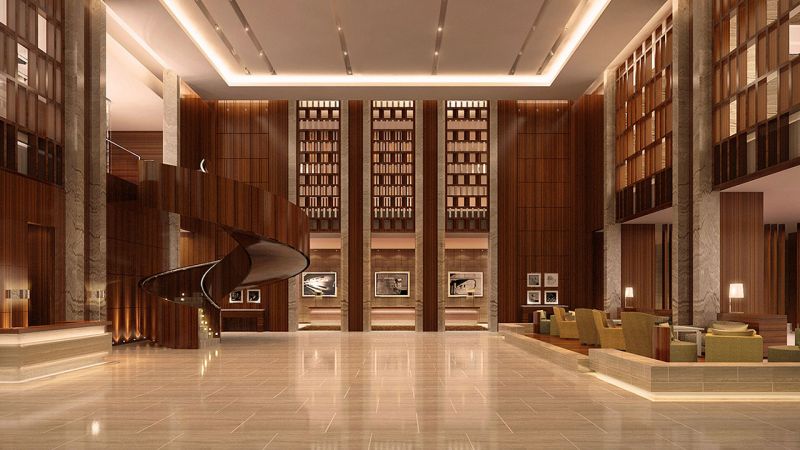 This is the lobby area of Hyatt Chandigarh. They have a special spiral shaped staircase which is a masterpiece in architecture. The overall interior at hotel Hyatt in Chandigarh has a wonderful concept and simply catches the eye.

With the launching of Hyatt, Elante will get a new meaning. Travellers or businessmen coming to Chandigarh would love to stay at Hyatt Regency just next to the biggest mall in Chandigarh.

If you have ever visited the courtyard area on the ground floor of Elante mall which is on the outside, you might have seen the huge building being lit with beautiful lights. The building is Hyatt Regency. It makes up for an excellent pic when Hyatt comes in the background.

However, if you have to visit Hyatt, then there’s no need to enter Elante. Hyatt Regency comes just before Elante and has a separate entrance and parking area. It is towards the business tower side of Elante mall.

Excited about Hyatt in Chandigarh? So, here’s your chance to visit hotel Hyatt Regency and witness the inauguration. A wedding and lifestyle exhibition is being held at Hyatt Chandigarh on 2nd, 3rd and 4th April, 2016. Entry is absolutely free for all. Click below for more details.