Chandigarh, the emerging metro city of India is all set to get country’s first high speed train. India has made a remarkable progress in the field of Railways and is currently working on the project to introduce high speed trains in India. Indian Railways has chosen Chandigarh – Delhi track as their pilot project and France has agreed to help Indian Railways in this project. A MOU has been signed and a team of 30 members including French Experts and North Indian Railway officials have already begun the work.

Operating Speed on High Speed Track will be = 200 Km/Hr.

A train with operating speed of 200 Km/Hr is technically called as semi-high speed train. After introducing it for Chandigarh – New Delhi track, Indian Railways would soon run such semi-speed trains between other major cities as well.

Special coaches are being made at Kapurthala Rail Coach Factory with the ability to clock a speed of 200 Km/hour. The rail factory has already made coaches which can run at 180 Km/hr speed and is currently working to upgrade the speed of these coaches to 200 Km/ hr.

Indian Railways is seeking help from France in order to upgrade Chandigarh – New Delhi train track into a high speed track. A MOU has been signed between France and India where French National Railways has agreed to co-finance an execution study to run semi-high speed trains between Chandigarh & New Delhi at speeds of 200 kmph. French president who visited Chandigarh was all praise for the city beautiful and said that he wanted to take Chandigarh’s French Connection ahead with more projects.

Along with the speed up-gradation of Chandigarh – Delhi rail route, France would also help Indian Railways in the development of Ludhiana & Amabala Railway stations as model railway stations.

Apart from the Delhi – Chandigarh route some other rail routes identified by Indian Railways which will run these semi high speed trains are: 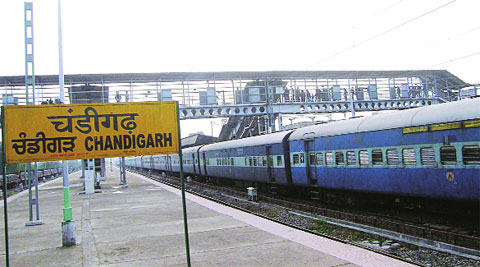 India also plans to introduce bullet trains. But before that we’ll have these high speed trains running successfully. The Chandigarh – New Delhi high speed train is expected to run on track in year 2017.