Kangana Ranaut’s sketch in Rani Lakshmibai avatar has been released for the movie Manikarnika – The Queen of Jhansi and she looks absolutely bold and fierce in it. Kangana Ranaut leaves no stone un-turned in surprising her fans and viewers all over the world. The poster which is full of fire reveals her bold character in the movie based on the historic character of Indian classics, Rani Lakshmibai – the Queen of Jhansi. The look has been released for her upcoming movie project, ‘Manikarnika – The Queen of Jhansi.’

About the Movie ‘Manikarnika – The Queen of Jhansi’

The movie is a biopic on the historic character Rani Lakshmi bai who has been a role model for Indian women since ages. Manikarnika are Ghats in Varanasi, Uttar Pradesh.Known for being a place of Hindu cremation, the movie depicts the bold and fierce journey of the legend who battled against Britishers during the times of subjugation of India as their colony. Shoots at various locations pan India is going on. Directed by Radha Krishna Jagarlamudi aka Krish and written by KV Vijayendra Prasad, the movie will hit the theatres this year in June. 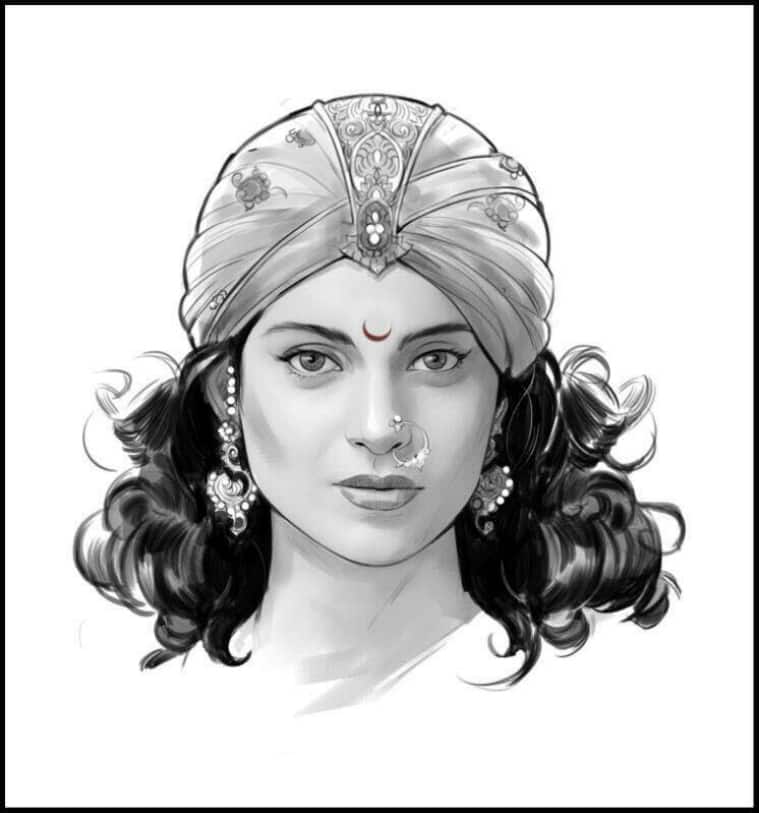 The sketch released by the makers of the movie has taken over the industry in its stride. The vigour and vitality that has been portrayed by Kangana in her character could be corroborated from the sketch itself. Adorning short hair loosely held under a turban to showcase the manly traits a soldier should have, the fire in her Kohled eyes takes you to another world. Sporting Indian jewellery like a nose ring along with danglers that she wears on hers ears with a half-moon shaped tikka on her forehead, she declares War exposing her strong feminine powers like no one else.

Kangana Ranaut who is adorning the regal queen’s character very sportingly reveals that preparing for such a bold character is a daunting task. One really needs to work hard and learn new things to do justice to the role. Right now, learning horse riding and planning to learn sword fighting for her fierce character, the Warrior queen is all set to break the odds and conventions of the industry.

The actress has done women-centric roles and movies based on women empowerment in her previous works and mind you they were exceptionally well. Be it playing Rani in Queen or Kkusum aka Datto in Tanu weds Manu, the real life queen playing a warrior queen has a lot of potential which is untapped and ready to explode. Let us see if that happens with the release of Manikarnika – The Queen of Jhansi  because the first look has already swept the ground off from our feet !!!