Though Chandigarh is not considered as a highly literate city as compared to states and other union territories of India, but It holds a good literacy rate among North Indian states. If we talk about religion, Hinduism is the most commonly followed religion among the people of Chandigarh followed by Sikhism and then Islam. Some other minority religions being followed in Chandigarh include Christian, Jainism and Buddhism. Here are some key facts about the literacy rate in Chandigarh according to religious communities.

Literacy rate among Jains in Chandigarh = 98.5%.

Literacy rate among Sikhs in Chandigarh = 94.6%.

Literacy rate among Muslims in Chandigarh = 74.7%. 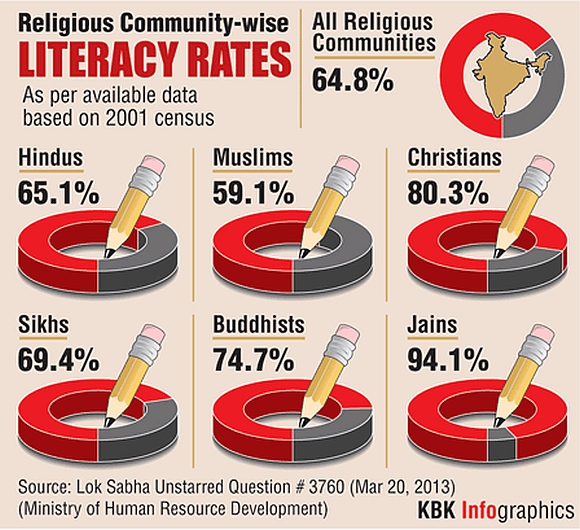 This post has been written by Ajay Deep and it should be considered as a news story, irrespective of your religion. Respect for all religious communities which have been named in this post. The statistics mentioned here have been verified from various news sources & Wikipedia pages. A similar article talking about the religious literacy rate of North India was published in Hindustan Times dated 4 January 2016, written by one named Bhartesh Singh Thakur.