Madame Tussauds Museum in Delhi is the latest tourist destination everyone is anxiously waiting for. With a presence in a number of cities in American, European, Asian and Australian continents, Madame Tussauds is finally now in Delhi and we guess it needs no preface. Displaying the wax statues of some of the most famous and historic people as well as film characters, Madame Tussauds Delhi will soon be a major tourist attraction in India.

After the announcement that Madame Tussauds would open a museum in New Delhi this year, art critics, fans tourists and Indians, especially Delhiites are waiting anxiously for the doors to open to witness the art finesse. This wax statues museum in Delhi will be the 24th Madame Tussauds museum in the world. Visitors will be allowed to click pictures with the celebrity statues at the museum.

A specialised team will be responsible for maintaining the statues in Delhi but the figurines will be made in London only. The museum in Delhi will have 50 figures initially and out of these 40 per cent of the figures will be global celebrities and 60 percent will be local icons. The gateway to Madame Tussauds Delhi will soon open for the general public but the fee structure is believed to disclose after the implementation of GST.

The Museum will be located in the heart of the national capital – Connaught Place, and will house in the Regal Cinema which was recently turned into a multiplex. Spread across the first and second floors of the royal Regal Cinema, the Madame Tussauds Museum Delhi, alike its counterparts, will comprise the wax figures of national and international icons. 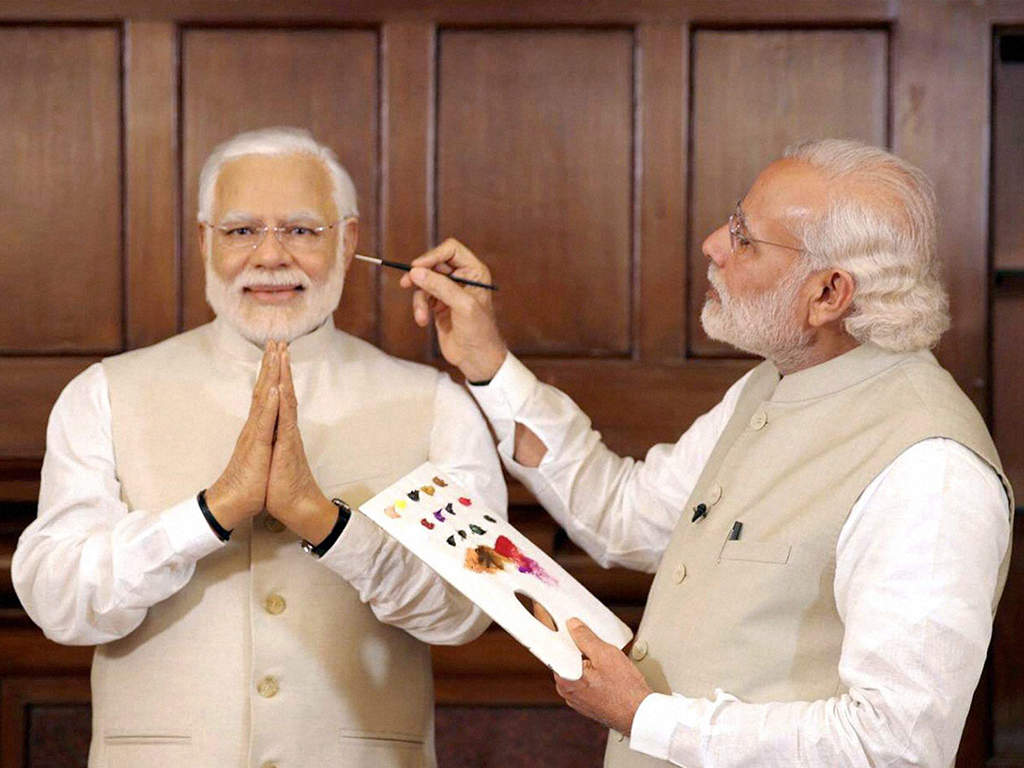 Mahatma Gandhi, Indira Gandhi and Narendra Modi are in the list of the most famous politicians who made it to the Madame Tussauds Museum. From the tinsel town some of the names who reserved a space in the museum include Shehenshah of Bollywood:

The gorgeous actresses include:

Better known as the god of Cricket – Sachin Tendulkar and the one who got India its first world cup – Kapil Dev are among the famous sportsperson who have their statues at the museum. It is also reported that wax statue of evergreen melodious and peppy singer Asha Bhosle will join the legendary brigade at the Madame Tussauds museum in Delhi which is all set to be launched this year.

The final list of all the celebrities to be featured in the Delhi Madame Tussauds museum is not yet declared but it will have Lady Gaga besides the senior Bachchan will be the star attractions according to reports.

Out of the three Khans who rule the Bollywood industry, two have got immortalised in Madame Tussauds wax museum London. Another Khan – Aamir aka the perfectionist could have completed the Khan trio at the museum, but known for doing things differently, Aamir declined the offer saying that he was not interested in getting immortalised rather he wants people to see him through his films and nothing else. We guess Madame Tussauds Delhi will also not have Aamir Khan’s wax statue.

Out of the seven continents in the world, Madame Tussauds has a presence in as many as four continents — Asia, America, Australia and Europe. So, if you are planning an international tour, let us tell you where all the Madame Tussauds museums (apart from Delhi in India) are situated so that you can easily plan your visit to the wonderful place and get clicked with your favourite star.

In the Asian continent Madame Tussauds museums are in Bangkok, Beijing, Chongquing, Hong Kong, Shanghai, Singapore, Tokyo and Wuhan, and Delhi in India is going to be the latest edition in the list.

In the American continent, it has presence in Hollywood, Las Vegas, Nshville, New York, Orlando, San Fransisco, and Washington D.C.

Amsterdam, Berlin, Blackpool, Istanbul, London, Prague and Wien are the cities in Europe, though Sydney in Australia is the only place where you can get a chance to get engrossed in the star-studded experience.

The wait for Delhi’s Madame Tussauds

You are soon going to get your chance to step into the glam world and also meet the biggest leaders, important people from history and your favourite sports’ stars in Delhi at CP. The countdown for Madame Tussauds Museum in Delhi has already begun but you’ll have to wait till the show begins…