Illinois, Chicago would be one of the luckiest places on earth because it gave birth to a human in the form of a magical musician whose undefying love for music has no limits whatsoever.

Generally, it is said that after a point in life, we as humans give up many things in life. Because half of us are only tired of holding on to things or people, but  Mr Joel Rafael never says die attitude has still kept him going for the love of music even at 70 ! What an inspiration this young man is also today for so many people.

This passion this hard work only comes to show us that there is so much more left in life to do.
A singer, a songwriter, a musician, he has been an artist since he was in his 6th grade & started by playing the drums & then gradually got into Jazz music & then in surf music & then eventually into folk music. During his school days, he even wrote a theme song for his school drama. In 1981 finally, he recorded his first album ‘Dharma Bums’ along with songwriter Richard Bowen and in the early 1990s with the support of Paul Rothchild the inception of  ‘The Joel Rafael Band’ took place. Rafael, a student of Woody Guthrie, devoted around 6yrs to recording woody’s songs & he even composed 5 of Guthrie’s work & released two albums of Guthrie’s familiar tunes. 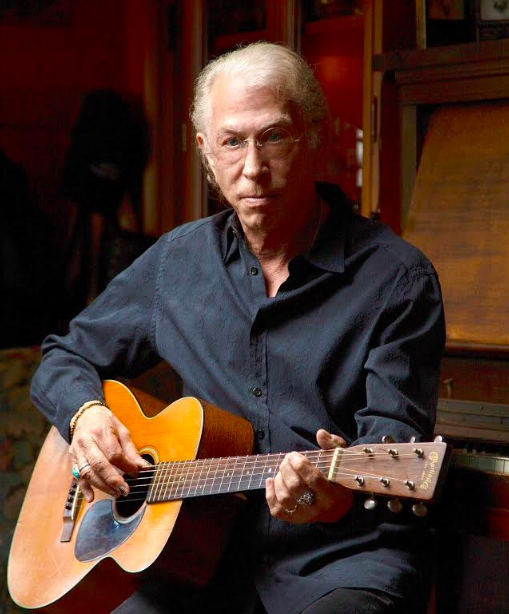 Having around 50yrs of experience in creating songs & music Rafael even today opens shows & has shared the stage with various artists like John Trudell, Joan Beez, John Lee Hooker, Arlo Guthrie & the like. His albums include Baladista, America come home, Thirteen stories high & recent being Rose Avenue & so many other beautiful tracks.

Rafael was deeply influenced by his fellow musician & friend late John Trudell himself a musician & songwriter & also a spoken word activist. Rafael & Trudell both believed in spreading awareness & talking about issues through their music & songs & that’s what Rafael continued doing after Trudell’s death from cancer in 2015.

Rafael performs with John Trudell’s band ‘Bad Dog’ & they also perform for raising funds during annual music festivals. There is a purpose in Rafael’s music that it not only is for creativity or entertainment but also with a motive for the welfare of the people.

What Rafael teaches us explicitly is that we must always keep going in life keep doing what we must do; nothing should stop us & also that we must never be tired of doing what we do. This is how Rafael lives even today, inspiring all around him & motivating others for the welfare of people through his music. May his music always lives on & may we always get inspired by his undying love for music.