“The first step toward success is taken when you refuse to be a captive of the environment in which you first find yourself.” – Mark Caine

Being disheartened, it’s a common trait seen in more or less everyone at least at some point in their lives. More so in people following the entrepreneurial path to success. There are certain people, having a certain goal ingrained so deep into their heads, that it becomes the very fuel they need for their existences to thrive. People who are fortunate enough to have learnt to pursue and develop themselves towards their passions at a particularly young age, such people exist, an epitome of that statement is Umair Orakzai.

“No amount of money in this world could ever buy a second of time”, this is what Umair has always believed, and thus, at 22, being one of the youngest fitness entrepreneur’s in Pakistan, revolutionizing the way the system works, he has utilized his time efficiently. Umair Orakzai, he was never born with a silver spoon in his mouth, everything was never handed to him, but he learnt at a young age, that if his incentive towards success was big enough, then nothing is capable of coming in the way. 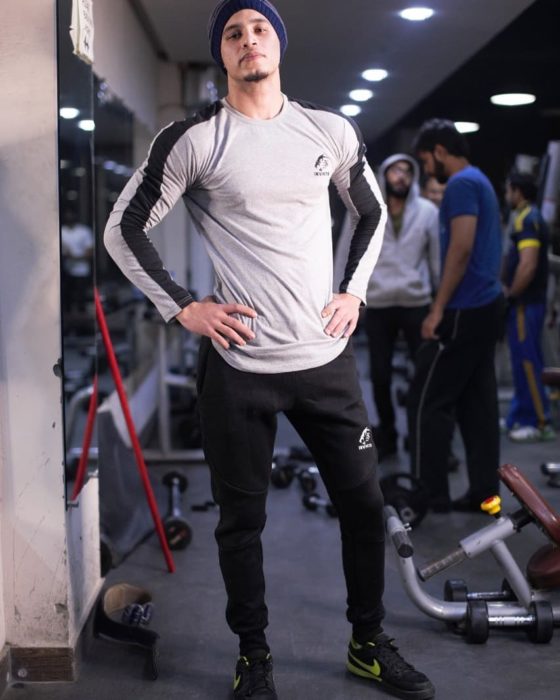 At 22, he has quite the diversified portfolio, being a Fitness Influencer on social media platforms through shaping people’s lives, both physically and spiritually, along with being a Youtuber, blogger, and author. What is impressive about this particular individual, Umair Orakzai, is that he figured out the algorithm of these social media platforms, and managed to start from scratch in one of the most competitive industries, the fitness industry, yet still managed to come out on top. Umair has quite an extensive clientele portfolio, having trained and impacted lives of hundreds of others, including local celebrities, it has reached the point where he himself does not require a description, his clientele list speaks for itself.

However, his life is not a tale of all joy, having endured countless hardships along the way, both in the corporate world, and in private life. Umair suffered from bullying due to how thin his appearance was, judged from all eyes. He was clinically diagnosed with depression at the time during his high school years, and suffered from immense low self esteem issues. It was all until he came to realization that he had to break the shackles society had put on him.

One of his biggest physical hardships was a period that lasted about a year of torment. He, unfortunately, was in a vehicle accident in 2015, and was rendered a fractured tibia, ribs, and humerus. However, miraculously, persevered through even that. Despite all odds, the doctors recommendations of him taking a year long hiatus from weight training, he was dedicated. He learnt through the hand life dealt him, that failure was not an option, that he is to break through this hurdle as well. This experience taught him a life lesson he implements even to this day; no matter what hurdle you face, your dedication is all that you require to persevere. This the story of who he is, the man he is, Umair Orakzai.