Sandeepa Virk is a rising actor and model, most popular in the South Indian Film industry.  She has been a Delhiite and has completed her schooling and graduation pursuing a Bachelor of Arts degree from there.

While venturing out in the modeling industry, she was associated with various print ads from notable brands and

She also gave theater a try and worked with Nadira Babbar. Soon she finalized its the time to fit into the shoes walk through the sliver screens and like many others with dreams in her eyes came to Mumbai – the city of Bollywood.

To get closer to her dreams she did an acting course from Namit Kapoor Institue in Mumbai and made debut in Punjabi movie Gun & Goal and later went to South Indian film industry to do regional cinema.  Soon she established her presence in the industry and started getting films which helped her to reach this position at present.  Her charming personality, appealing appearance and acting skills have helped her to achieve this success.

She got her Malayalam film – Dhanayathra starring Riaz Khan and Swetha Menon. She played village belle that made her learn a lot of the South Indian films. She then got two Kannada films Ambassador and Local Train where she played the lead role in it.  She is now an emerging actress in South Indian film industry and has great plans ahead. Talking about her personal life, she is a foodie by heart and her favorite actor is Amir khan. 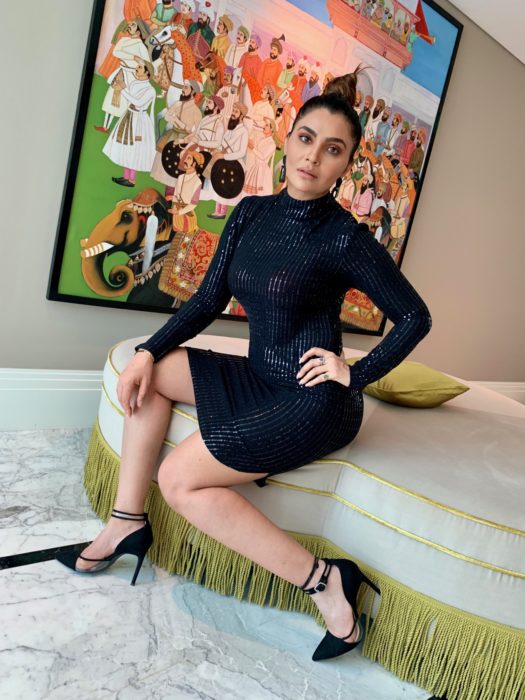 The Cancerian born likes to dance and watch movies while she is also trained in different forms of dance including Bollywood style, salsa, and belly dance and is now learning Latin dance as well. She is an active social media influence which can be on her Instagram with great fashion sense.

Wishing all the best with your endeavors and may everything comes into your favor and you have a successful career in this line of industry.