Our city beautiful Chandigarh is attracting a lot of celebrities from Bollywood or we can say that Chandigarh is becoming the second home for Bollywood. After Anushka Sharma, Anil Kapoor and Arjun Kapoor, some more actors were spotted chilling out in Chandigarh.

This time, Rockstar actress ‘Nargis Fakhri’ and Queen actor ‘Raj Kummar Rao’ were seen exploring the beauty of the city. Duo came to Chandigarh for the shooting of their upcoming movie ‘5 Weddings’. It seems that the city beautiful Chandigarh is touching the hearts of people with its extraordinary beauty and exceptional culture.

What Nargis Fakhri & Raj Kummar did in Chandigarh?

On the day off from their shoot, the duo decided to explore the city. From roaming around to shopping, both the actors spent some quality time with Chandigarh. In the league of exploring the city, both went to various famous places in Chandigarh. As Nargis is a travel junkie, so she went all the famous places of Chandigarh and uploaded different pics on her social media. Here are few places where they went: 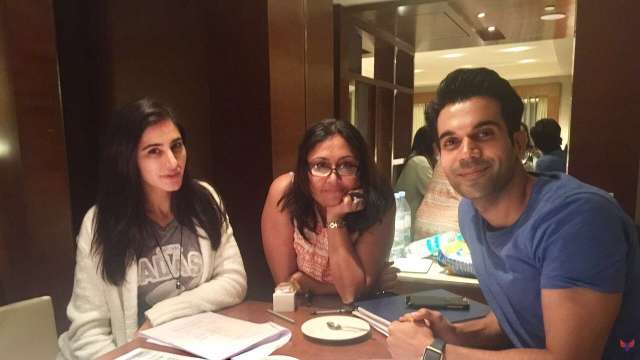 Not only Nargis, but Raj Kummar also enjoyed a great day while on a gedi around Chandigarh. Raj Kummar also helped his co- star ‘Nargis’ in choosing the best punjabi outfit for her. Nargis Fakhri are here for the shooting of their upcoming movie 5 Weddings.

About the movie ‘5 Weddings’

5 Weddings will be the first movie where Nargis Fakhri and Raj Kummar will share the screen together. The movie is an Indo- American film, where Raj Kummar will be playing a cop of Punjab Police. Nargis will be seen in an Indian girl character, raised in US. Nargis character will come down to India for a magazine feature on Indian weddings. This simple assignment turns complicated for the girl. The police cop helps her out of the complications. The movie has been directed by Namrata Singh Gujral which and will release in 2017.

Not only Punjabi songs in Bollywood movies but the shooting craze for locations of Punjab & Chandigarh are increasing in Bollywood. We expect more and more movie directors to shoot in the beautiful location of Chandigarh and showcase the beauty of the city.