Panchkula, a city in Haryana near Chandigarh is all set to have an “All Women Police Station”. The new police station which will entirely be governed by female police staff is said to start its functioning very soon. This all-woman police station has come up in a new building at Mansa Devi Complex (MDC) in sector 6, Panchkula.

Functioning of  ‘all women police station’ in Panchkula:

Haryana Chief Minister. Manohar Lal Khattar had announced that the state of Haryana would soon have all woman police stations to help women, such that they can easily approach Police whenever the need arises. Apart from lodging cases and carrying on the normal police station work, the new all-women police station in Panchkula will have facilities where women will be taught self-defence and they will be counselled.

All cases of crime against women within the Panchkula district will be handled by all-women police station and the victims will get an end-to-end response to their complaints. It was difficult for women to approach police personal and lodge a complaint against eve teasers, molesters etc. But these new all-women police stations which will have female staff will come as a relief to women.

Details about the new ‘all women police station’ in Panchkula: 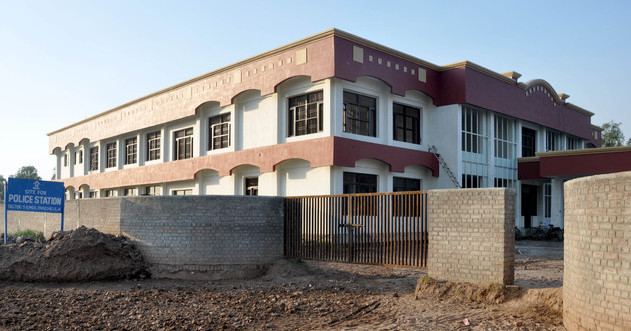 This new police station will have a staff of over 40 female police personal. All functions of the establishment will be carried out by women police. The station will also have all-women PCR vehicles and the police staff handling the phone calls will also be women.

According to reports, it will be fully functional by August 2015.

Once this new Police Station starts functioning, Haryana Government will open more such police stations in the state. CM Manohar Lal had announced that each distric in harayan will have one all-women police station to check crime against women.