It is said that you should always check the manufactured date as well as the expiry date of packed eatables. What is considered as a good practice actually came out as surprising. A pack of Aawla Murabba, which was found at a store for sale made people raise their eyebrows.

Here are some highlights:

This pack was found by FSDA officials at a retail shop in Lucknow. The interesting fact is that this pack was available for sale as of March 2016 – 7 months in advance of it being manufactured.

The product has an expiry date after 1 year. Now this means that you would surely check the expiry date as mentioned, but in actual, the product might have been already been expired.

Here is a screenshot of the product. 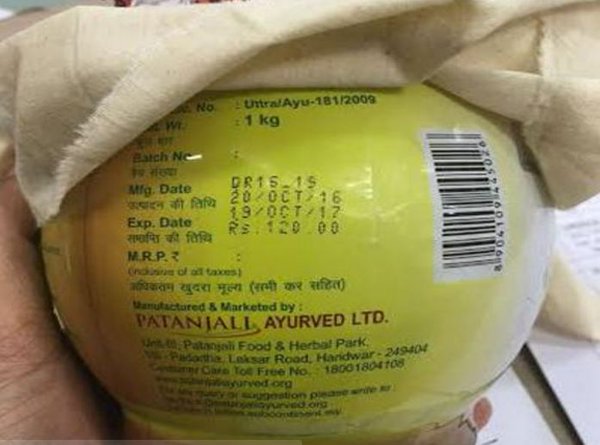 The image has already gone viral on Facebook, Whatapp and other social media channels. The concerned authorities have already sent the samples for testing. Along with this murabba, other samples of Pitanjali products like ghee, son papadi and turmeric powder.

Baba Ramdev has not commented on this.