Today, gaming is incredibly popular in India. The country has lagged behind in terms of video game sales and success in esports, but this has changing in recent years as more and more people show an interest in playing.

The popular perception is that North America, Europe, and South East Asia are the dominant forces in gaming. This is driven by the fact that Japanese companies like Nintendo and Sony have dominated the console markets for years and American publishers like Electronic Arts and Take-Two Interactive generate billions in revenue every year.

Europe’s history with gaming goes back even further. It is home to the world’s oldest modern casino in Venice, Italy, and has helped to give the world many of the most popular casino games. One of the most notable is the popular wheel-based roulette, which sees a ball placed onto a spinning wheel and players predicting where it will stop.

However, few people realize that India actually gave us many of the oldest and most popular games that we play today.

Chess is a game that’s been enjoyed for more than a thousand years. Today, it’s played all over the world by people of all ages and all backgrounds. During the 1990s and 2000s, it was even used as a benchmark for supercomputers, with companies like IBM trying to build machines capable of beating the highest-ranked Grand Masters.

More recently, chess was given a boost by the hit Netflix series The Queen’s Gambit, with the media reporting that sales of chess sets sharply increased. But few of these new players getting into the strategic board game realize that it originated in India.

Originally, it was known as Ashtapada (64 squares) though the rules were originally a little different as players were required to roll a die. Over time, the game Chaturanga evolved from Ashtapada and used differently shaped and valued pieces that were themed around military people and animals.

Other nations and cultures eventually discovered and adapted the game, evolving it into the game we know today. 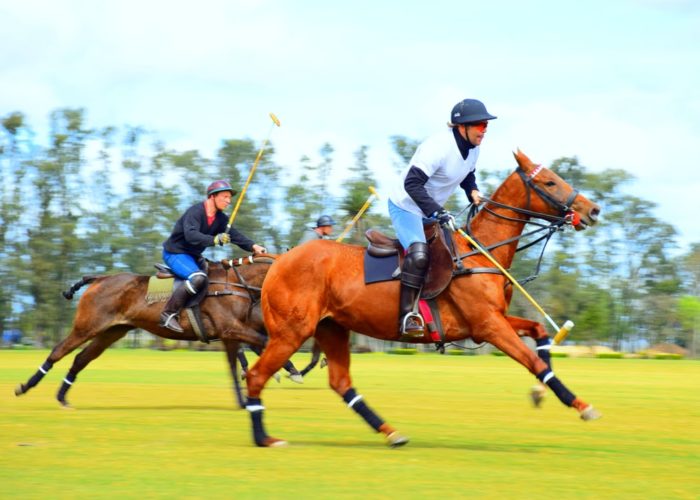 Polo is a game that is enjoyed by small groups of people around the world today. In Britain, it was traditionally seen as a game for the aristocracy and the wealthy classes as it involved riding on horseback.

However, the game originated in Manipur, India where polo first began to be played. Like with snooker, the British then exported it around the world. They also created variants like elephant polo, which swapped horses for elephants.

Pool tables can be found in recreation centers, pubs, bars, and sports facilities around the world. Almost everyone knows how to play it, even if they’re not particularly good at actually potting the balls.

But pool isn’t the only cue sport of its kind. In fact, while it’s incredibly popular for leisure games and amateur competitions, it doesn’t come close to snooker in the world of professional sports.

Snooker is popular in the UK, China, India, and several other nations. Like pool, it uses a green felt table, a white cue ball, and a set of other balls that players must pot. However, not all balls have the same value, and there is a prescribed order that players can pot them in.

The game was invented in India by officers of the British Army sometime in the 19th century. From here, it spread across the country and was then exported back to the UK and around the world, ultimately creating the professional sport we know today.

Snakes and ladders is a popular board game. The rules are incredibly simple: you roll a die and move your playing piece the corresponding number of spaces. If you land at the base of a ladder, you get to climb it and progress further up the board, but if you land on the head of a snake, you slide down and lose progress.

Few people realize that snakes and ladders originated in India during the 13th century, where it was called Moksha Patam.

Although today we see it as just a fun game to enjoy with friends and loved ones, it was originally devised to teach the difference between vice and virtues, with the snakes representing the former and ladders the latter.