Sector 22, 19, 23, 37, 18 are facing erratic power supply from past many days. Scorching heat has forced people to stay in homes and offices but the lack of power supply has made it tough. As mentioned by a resident, Vikram Sharma, that power supply went off around 2 am and it was 11 hours long power cut.

Demand for Electricity in Chandigarh

The frequent power cuts in various parts of the city have provoked people to complain that resulted in the filing of over 150 complaints in a single day. Check out the demand for electricity in Chandigarh from last 5 years.

Localities are facing this problem of power cuts from past 4 days when the temperature is recorded as highest. Families are in big trouble as at this time of vacations when children find it difficult staying in the home without televisions and air conditioners they are witnessing more than 6-hour long power cut. Residents are more in panic as there is no response from complaint centres.

What Chandigarh Electricity Department has to say?

MP Singh, Superintending Engineer, said the Centre had recently enhanced the quota of electricity from 6 percent to 10 percent that will facilitate residents. Though demand has increased by leaps and bounds due to increase in population and due to more number of air conditioners deployed in each house but authorities will try to maintain ease for residents. The department claimed it was buying additional electricity from various sources to meet the rising demand. 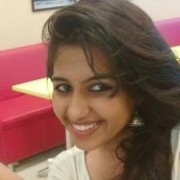