Priyanka Chopra’s production house recently produced a regional Marathi movie “Ventilator” which bagged three national awards in a row.  Priyanka Chopra who has sensationalised the entire world with her enthralling performances in India and World, has another achievement to boast about in front of the world. A great Actor, a phenomenal singer, a graceful dancer, an entertainer and now a producer turned this superwoman has taken the entire world in her stride. Priyanka Chopra is no longer a name, It’s a brand ! Creating that market value at her age, she has given life goals to many aspirants in the industry.

About the movie ‘Ventilator’

Moved by her father’s demise, Priyanka Chopra has always been on a look out for showcasing content through her branding and platform. Proclaiming ‘Content is King’ Priyanka Chopra produced a regional film ‘Ventilator’ in Marathi which has brought laurels to her production house by bagging 3 National Awards in a row in 64th National Film Awards this year. This commendable achievement has certainly imparted her with greater levels of enthusiasm to do more of such work. The 3 National Awards in following categories that were honoured to the movie are :

Priyanka Chopra’s take on the Win

Highly elated on hearing the news, the actor got nostalgic and had a ‘Deja-vu’ moment when the awards were announced as Priyanka Chopra back in the year 2010 had won the same award for her enthralling performance in the critically acclaimed Madhur Bhandarkar movie- Fashion. Providing opportunities to those who deserve, this versatile actor has surfaced a platform for many regional actors, directors, writers and story tellers to fill the world with fresh talent.

Priyanka Chopra feels that she needed to establish this forum to aid and bring forth the real talent in front of the world. Ranging back to her days when she had come to the entertainment industry to launch herself as an actor with no contacts whatsoever, the actor strongly feels that being a Godfather in the industry surely helps. 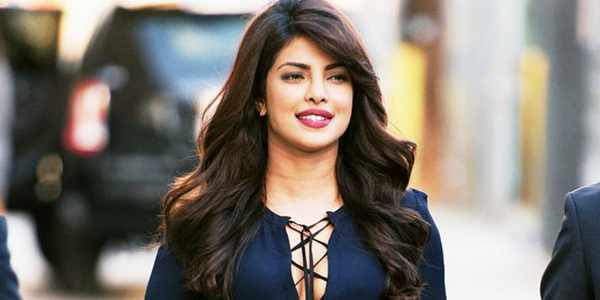 The inquisitiveness in her life takes up another level when one wants to know what are her upcoming plans. Speaking on them, the actor plans to sign a new movie soon apart from promoting her Hollywood movie “Baywatch” back in the States. Moreover, Priyanka Chopra plans to visit India soon to be home for around 10 days as a part of her recreational phase. With lots of stuff lined up, the actor surely is on the move and the process is continuous for she has to place for stagnation and monotony in her life.

Speaking about her upcoming projects as a producer, Priyanka Chopra never fails to surprise her fans. Coming up with more regional projects who apparently she calls as Indian Cinema only needing no separate introduction. Under the banner of her own production house “Purple Pebble Pictures”, the actor has finalised to produce a Sikkimese film for never ever there has been one on the state.

Marching forth with a lightening fast pace, the young producer, Priyanka Chopra has carved a niche for herself in the world. Bridging the huge fictitious gap between the talent and platforms, the actor has left no stone unturned to provide opportunity to fresh talent looking for guidance and that ONE-BREAK that can take them to places. With an aim to kickstart careers under her mother Madhu Chopra’s entrepreneurial skills and give them a direction, Priyanka Chopra, the queen of hearts has simply nailed the art of “giving” to what they say, their ‘roots’.