Reliance Jio’s launches its JioFiber broadband connection for homes on a trial basis and it is simply ruling the entire nation. The nation’s largest internet provider Reliance Jio which swept off the entire Telecom sector by taking all the 4G internet users in India by storm, Reliance Jio’s efforts won’t cease to exist here.

Taking the “Telecom War” above and beyond Reliance Jio’s JioFiber is superb and fab when it comes to what they are offering. Not restricting their battle with other internet service providers to the “Price War” only as they might underestimate Jio’s wide reach, the launch of broadband connections for homes, Jio aims to target all the Indian houses after conquering your mobiles in the pockets.

Free ‘wala’ Reliance Jio is back with JioFiber !!!

Yes, that is so true. Jio means free and free internet only and only means ‘Jio’. That’s the “Power of Branding” Reliance has done by playing with the minds of Indian users. The Reliance Jio’s free internet services may have ceased to exist post March’17 but they are back now. And yes, they are back with a Bangggg!!!!!!!!! Reliance Jio’s JioFiber provides you with broadband internet connection in your homes and that too for “free”. Nah! We won’t fall prey to the “marketing gimmick”, they might fleece us later kinds of thoughts would prevail but here we have figured out what their “catch” is! 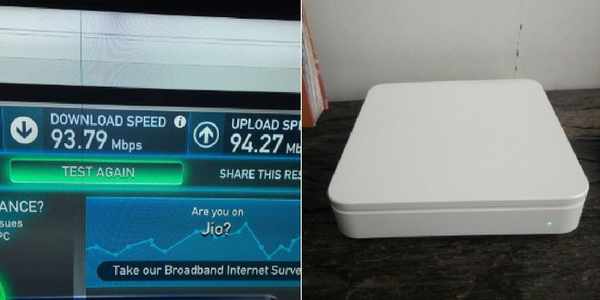 Reliance Jio has already “spoilt” us enough with free internet. But, they won’t leave us soon. Tha launch of trial services in a few cities are already on run for the Reliance Jio’s JioFiber that would provide home broadband services. Here’s what all they have got for us. Take a look.

Speed upto 750 Mbps, Are you Kidding us Reliance JioFiber?

When it comes to Reliance Jio, one thing is for sure, they won’t fail to amuse you with they offer every time. Either the internet is free like its a charity thing or the speeds are astonishing and “never heard before” kinds. We find out as to Reliance Jio’s JioFiber, What’s up with you buddy? Here’s what it tells us.

Another wave of high-speed internet could cause a Tsunami now and that would be sudden and abrupt because there are no traces of a fixed launch date, cities that it would cater to with no price that would be incurred at the consumer’s end. With lots of uncertainties, one thing that we are sure of is, Indians await another string wave of “High-speed internet” availability by Reliance Jio Fiber and this time to wash off all the existing internet service providers in Indian Telecom Industry.

Already eating out breakfast and lunch of the other service providers in the Indian telecom sector like Airtel, Vodafone, Idea etc., Reliance Jio’s JioFiber is all set to eat their dinners too if the full-fledged launch in India with its home broadband connection happens and yes, we are excited about it already !!!!