Chandigarh’s biggest event – Rose Festival concluded after 3 days on 19th Feb, 2017 and tens od thousands of visitors were reported to have visited Rose Garden in Sector 16 during Rose Fest 2017.

Rose Garden was so crowded that people missed out a lot of things during the 2017 Rose Festival. For those who visited, here’s a chance to refresh your memory and for those who missed it, the 15 pictures below will be helpful to connect with Chandigarh’s Rose Festival 2017. 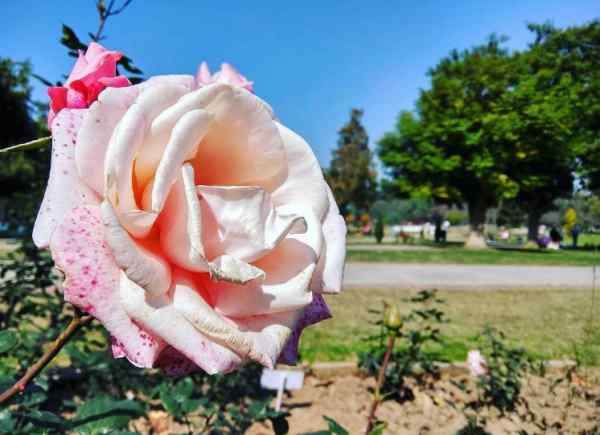 As it is Rose Festival, so let’s begin with a closeup picture of a rose flower. 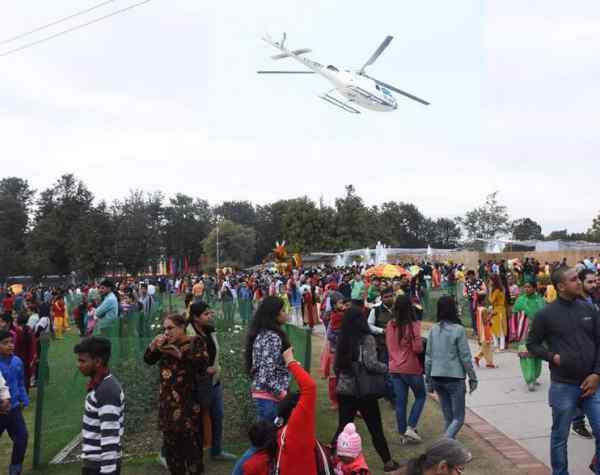 It was in 2017 Rose festival that a helicopter was engaged to give rides to people. However, the ticket price was too high. 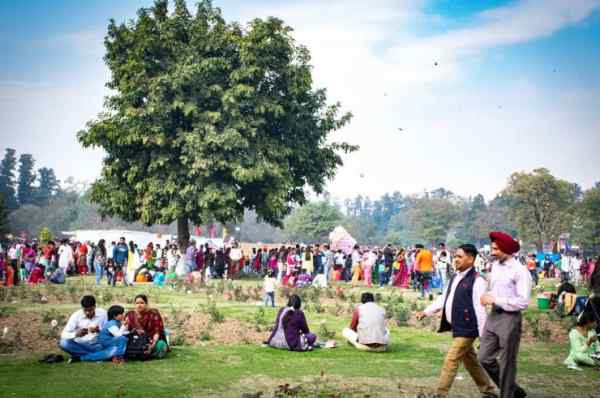 Watch the crowd. people enjoyed a sunny day. In fact a sunny weekend. 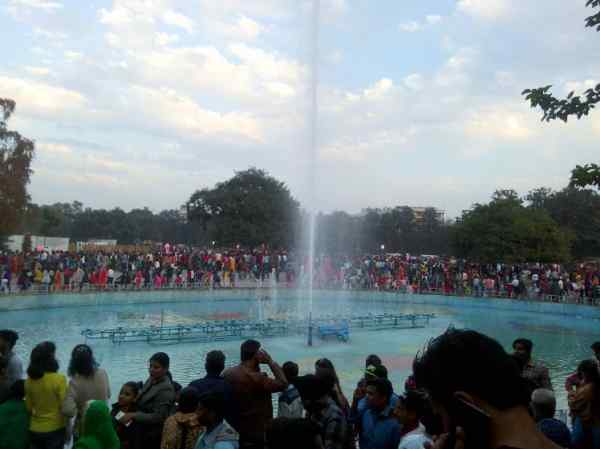 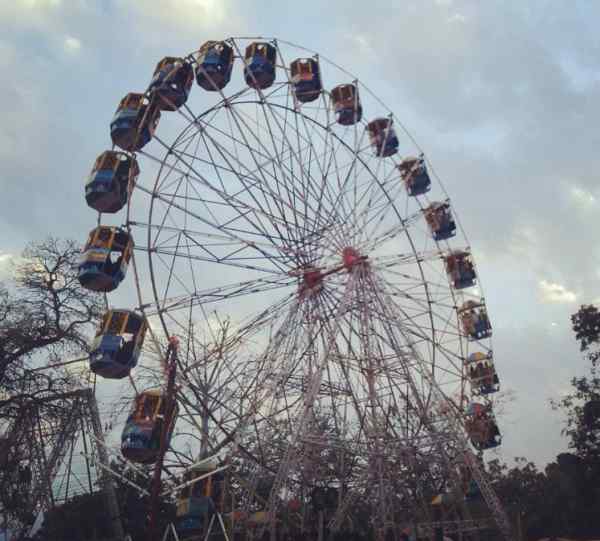 This pic is from the Leisure Valley side, where swings were arranged for the people. 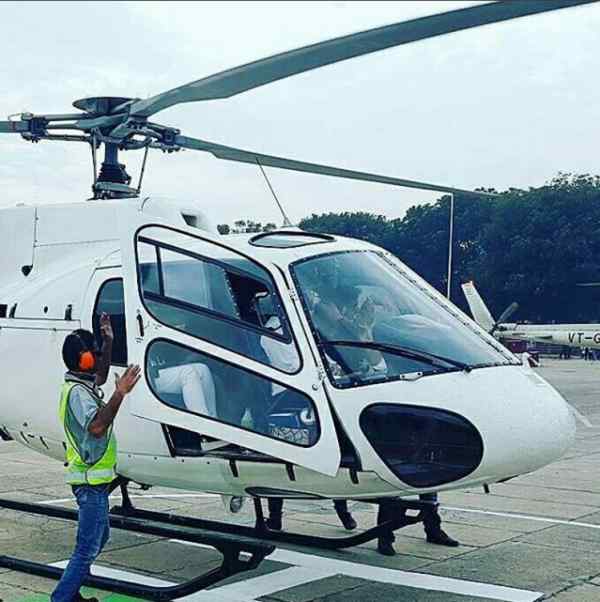 A close up view of the helicopter that gave rides to hundreds of Chandigarh citizens during Rose Festival 2017.

This view has been taken from the top of the big wheel.

Yes, animals too were a part of the Rose Festival 2017 in Chandigarh.

You might have missed this one. This was the back side of the entrance gate where Rose Festival 2017 was written. However. due to heavy rush, the exit was diverted towards Red Cross Building.

People enjoyed the blooming roses at Rose Garden. You can even see the structures made by flowers in the background.

This scene is from the opening day of Rose Festival 2017 when Bhangra was performed. 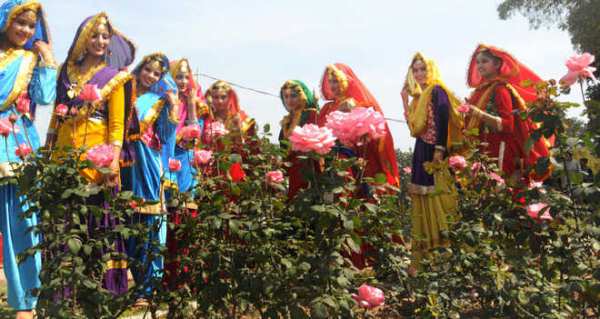 Another picture of girls after a gidha performance at Rose Garden. 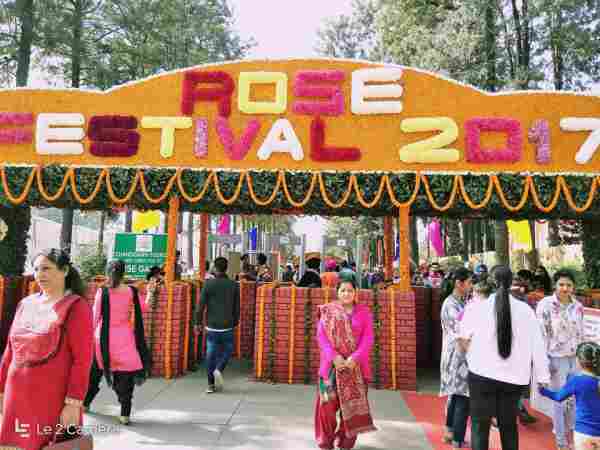 You all might have seen the entrance gate. We could not exclude this image from our list of best pictures from Rose Festival 2017. 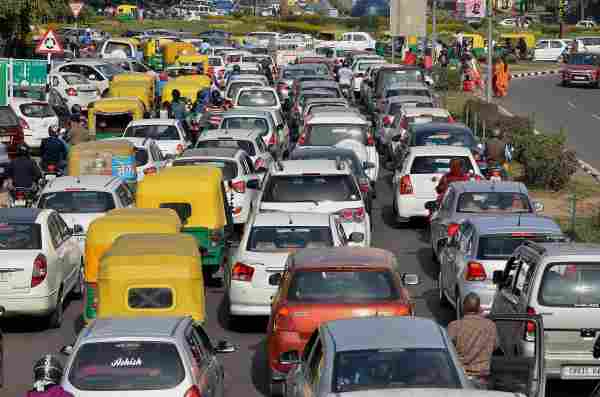 Here’s how traffic jams were witnessed on Chandigarh roads. It seemed as if the entire Chandigarh city was headed towards Rose Garden.

This image is from afternoon time when people actually jumped into the fountain and played with water. However, this is not allowed.

The above images have been curated from different sources including social media to showcase the highlights of Chandigarh Rose Festival 2017 to the world.