A commodity of DigiHood Media, Sarcasm Founded by Meet Luthra and other co-founders now boasting almost 40M followers in over 40 countries worldwide and aims to reach at a follower-ship of 100M by 2025.

The world has changed after the introduction of social media in various different ways. The smartest are the ones who cashed in on it. which has content ranging from humorous to latest gossips Co-founders, always loved to experiment and reinvent, which they believe are the secrets towards success. Many marketing and promotion firms favour this page and it completely deserves all the attention.The huge fan following and the great engagement of people in the page is a result of constant effort to sometimes bring a smile on people’s faces and sometimes to educate them with the latest trends.The lure of the internet and consequently, social media is irresistible. There are 4.39 billion internet users as per 2019, and approximately 40 million of those users are following Sarcasm.

He was pursuing his graduation degree when he decided to leave his studies and ride the wave of popularity that social media is currently commanding all over the internet. In his 20’s doing such a big thing in an year is something big to achieve people love his content and his mind because of his mind and the comment he do after every posts ( For more you can google his name and click on images section and the laugh section will start)

The Face Of Sarcasm Speaks Up Meet Luthra, the face of Sarcasm, speaking about Sarcasm, reveals: “Sarcasm was a simple idea that turned out to be an enigma. We never expected it to make it big after experiencing numerous failed attempts on Facebook in the past. However, never say never. With our collective effort, we somehow managed to fuel this sarcastic engine to make it what it is today.” He further speaks about his future plans as he concludes his statement, adding: “Our plan for the future has always been the same. We want to keep sharing happiness and making this world a place where everyone, despite having a rough day can just visit our station and leave every complexity of their life aside. Additionally, we are aiming to collaborate with more brands in the future and head towards strengthening our stature in the Indian media industry.” 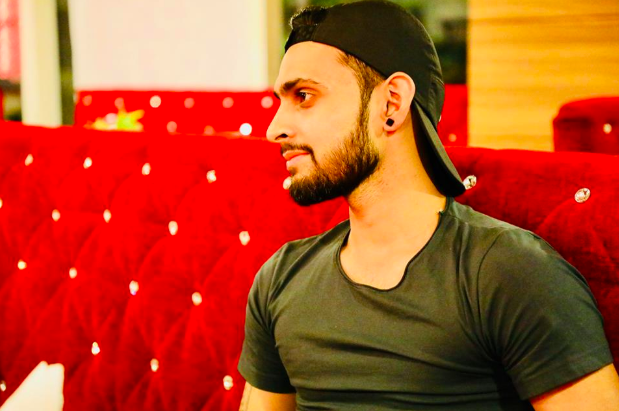 Why is Sarcasm where it is today?

Reading this, there is a very big possibility for you to think that what even in different in Sadcasm, right? Isn’t it just yet another one of the social media pages? That is not the case. Every single post and content pushed out on this platform is curated by a group of enthusiastic people who understand the true essence of what this company beholds. Every single one of the team member in the editorial team does the work day in and day out to publish content that the audience can relate to. They also have a website under the address of sadcasm.co which is aimed to provide with amazing content, mainly targeted to an audience in between the age of 18-25. People have commented stating that they connect with the content and the posts made. The main aim of the website is to be like a blink of sunshine in the dark life of some individuals struggling through a hard time. The overall outreach and the credibility of the page are all because of the amazing editorial team and the overall efforts put into the work by every single person working for it in the backend.

Luthra feels that, Sarcasm being affiliated with other big-name corporations in the near future. We are also planning to expand our team and entering in the domains like promotions via Flyers and Offline Campaigns. From their experience thus far, they believe is the most important factor to keep in mind to become successful in such an online platform is to constantly gauge the content, and understand the demographics and psychographics of your audiences. Nonetheless, there is a significant portion of people in the world, especially in India, with limited or no access to the internet. Even the people that do have access, a large portion, Luthra feels that Sarcasm should be exposed more in the rural areas.