Manali & Shimla in Himachal Pradesh is covered in white as they received season’s first snowfall today. Not only the temperature in Himachal Pradesh has dipped due to the snowfall in the two major tourist destinations, Manali and Shimla but it has intensified the cold condition in the neighboring states of Punjab & Haryana.

Though, hampering the normal lives of the people, the recent snowfall in the large areas of upper Manali and in Kufri & Narkanda in Shimla district are attracting tourists in abundance. 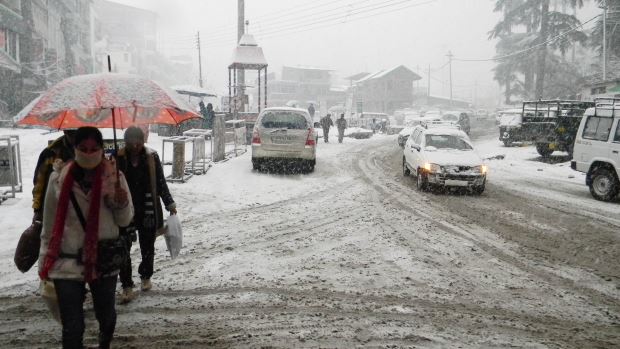 Other than Manali and Shimla, tourist destinations including Rohtang Pass, Lahaul, Spiti, and Pangi have also received snowfall bringing down the minimum temperature to zero degree Celsius or in minus degrees.

As reported, Manali alone received the highest snowfall of 37 cm and its minimum temperature is now 0 °C. The roads from Manali to Rohtang Pass, which is at the height of 13,050 feet and further to Keylong in Lahaul Valley are now closed due to the heavy snowfall. The minimum temperature at Keylong is recorded – 4.9 °C in the last 24 hours. Shimla, on the other hand, experienced intermittent rain and then recorded rainfall of 14 mm. The prevailing cold condition and the icy winds in Shimla have brought down the minimum temperature to 4 degrees Celsius. Yesterday, Shimla recorded the maximum temperature of 8.3 degrees. 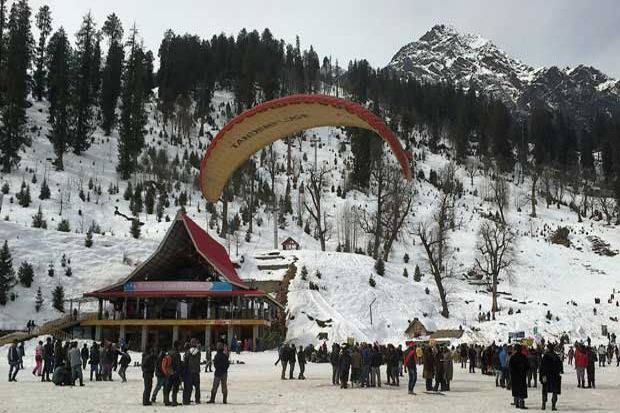 However, other than Manali and Shimla, Sangla in Kinnaur district, Dhauladhar ranges in the Kangra Valley, Solang Valley, Rohtang Pass, Chansel, Kunzum, Saach and Churdhar ranges in district Sirmaur received heavy to moderate snowfall today. Tourist destinations like Kalpa in Kinnaur District and Dalhousie in Chamba district have recorded the minimum temperature of -1 °C and 0.2 °C, respectively. 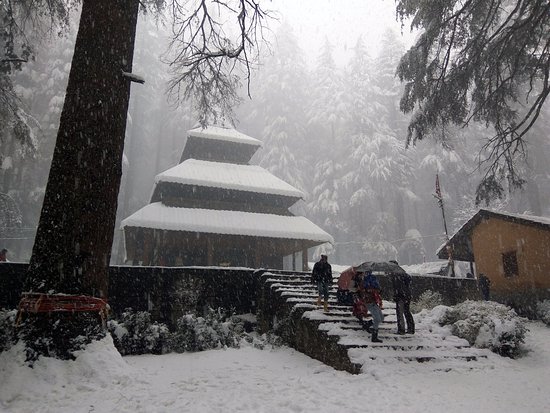 The heavy snowfall in Manali, Shimla and other of the Himachal Pradesh has given a reason to the tourists to make merry. People in large number from the neighboring states of Punjab, Haryana, and Chandigarh are now thronging to have fun in the snowfall. In fact, the snowfall in Himachal Pradesh has brought cold and icy winds in the Chandigarh making the weather more extreme for the winters.