You might have heard the news about heavy snowfall in Shimla on 7th Jan, 2017. Here are some pictures that are making rounds of the internet and are making people go crazy. It has been after a long time that Shimla has received such a heavy snowfall that the entire city has been painted white.

Apart from Shimla, lower hill stations like Kasauli, Solan, Barog also had decent snowfall in the start of 2017 winter season.

We at ChandigarhMetro.com, bring you some shots from the latest snowfall at Shimla as of Jan 2017 for you to enjoy. None of the picture has been taken from professional photographers but show the actual real beauty of Shimla while it was painted white by Jan 2017 snowfall.

The entire city of Shimla was painted white. 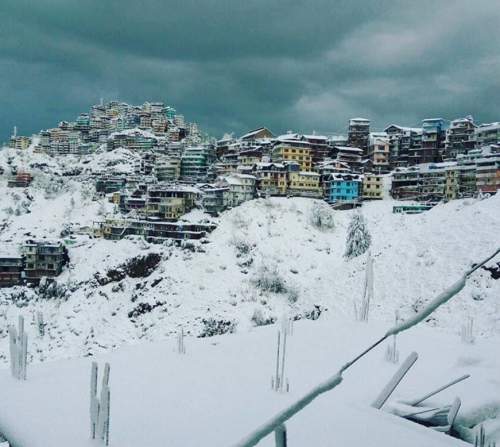 The snowfall as of 7th Jan 2017 in Shimla was actually heavy. 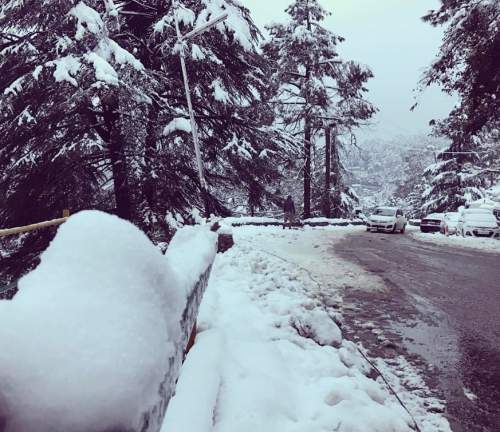 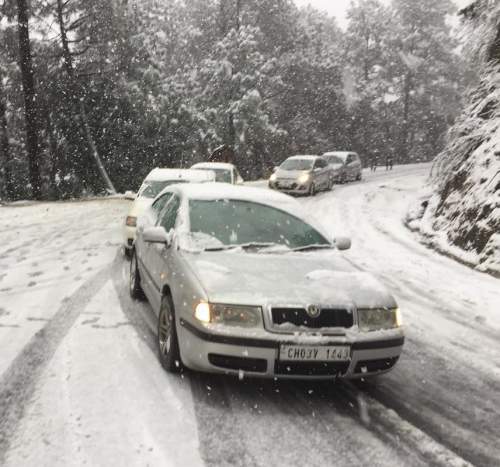 It was cars from Chandigarh, Punjab, Haryana and even Delhi making a bee line on the Chandigarh – Shimla highway. 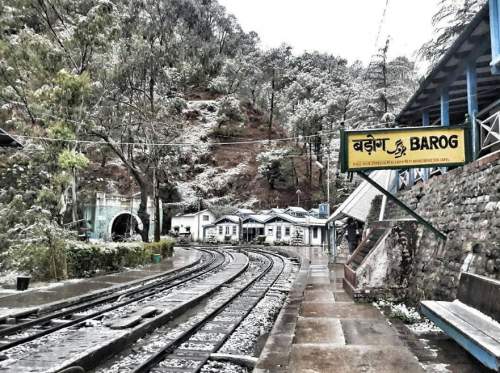 Even the hill station of Barog that is located near Solan had snowfall. 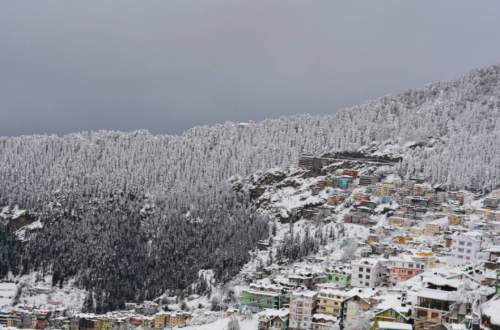 View of Shimla from the road looked something like this. 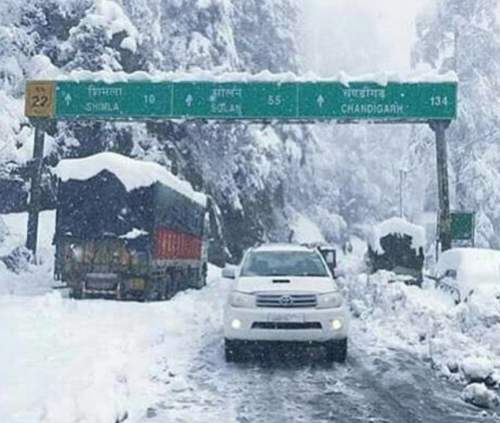 This pic shows how heavy the snow was at just 10 Kilometres from Shimla towards Kufri. 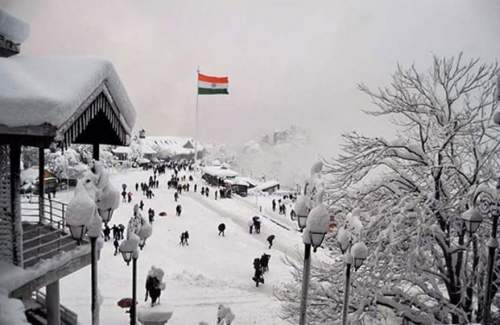 Everything on the Mall road Shimla was white in colour due to snowfall. 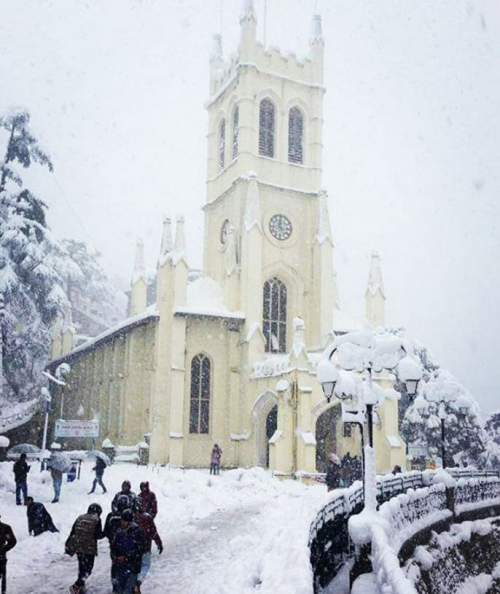 View of the iconic church at Shimla during snowfall as of Jan, 2017. 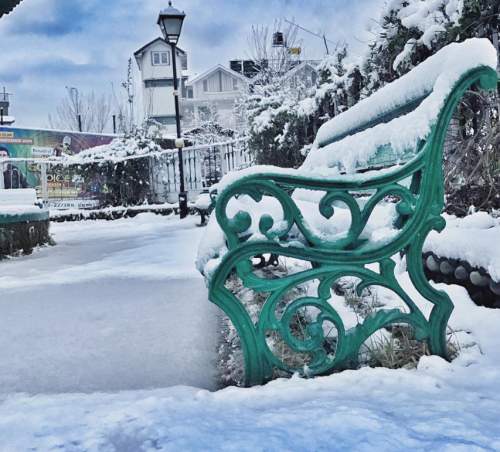 For people who got tired and looked for a bench on the Mall road at Shimla, this is what greeted them. 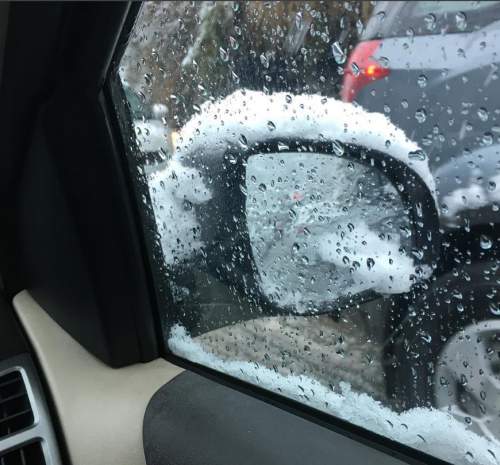 Driving in the snow was fun as you can make that out from the side mirror os this car. 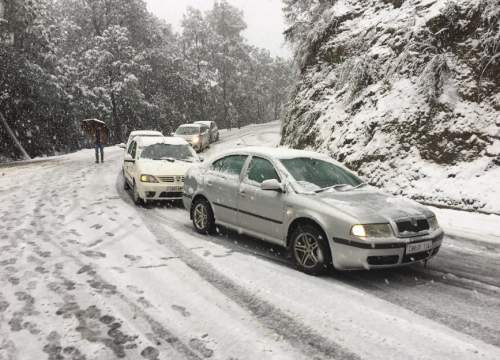 The traffic was moving at a snails pace as everyone was enjoying the view and drivers being all the more cautious.

People stopping by on road side to click pictures. 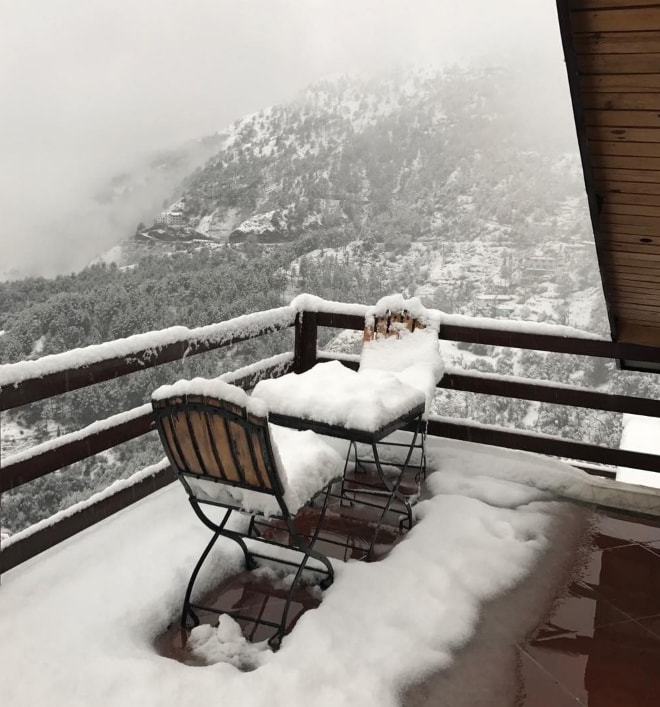 Cafes with outdoor seating in Shimla looked something like this as on 7th Jan, 2017. It was snow everywhere and people seemed to be loving it. 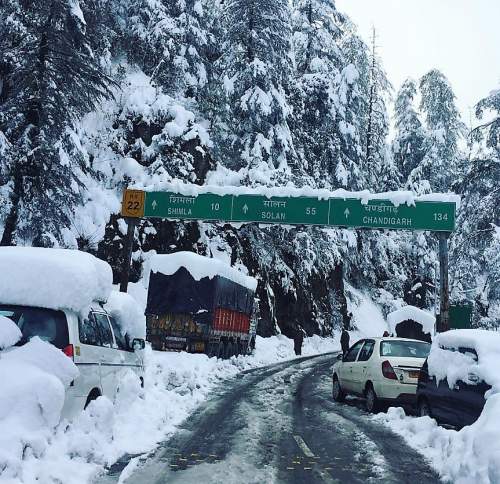 Rejoice, this view is just at 134 Kilometres from Chandigarh.

The Hindustan Tibet road was blocked due to heavy snowfall in Shimla and upper mountain ranges. News reports confirmed that over 200 tourists were stranded at Narkanda and several others had to spend time on the road waiting for the snow cutter machines to make way for vehicles.

2017 has given an awesome start to Shimla tourism as the city is attracting tens of thousands of tourists due to this heavy snowfall.