Startups in Chandigarh are growing at a fast pace and many have been able to make news headlines at the national as well as international level. Startup culture has got a great boost after Modi’s ‘Startup India’ campaign all across India. If we talk about Chandigarh, then it is one such city which has the caliber to become the next silicon valley of India. This not just us, who believe in this wording but YourStory said the same in year 2015.

Here’s a list of top startups in Chandigarh. We have listed the top ones from the tech field as well as non technology side.

WizIQ is an online teaching and learning platform that lets students collaborate with teachers and take lessons online. The reach of the platform makes it rank at the top of our list of Startups in Chandigarh. WizIQ has pre-built courses similar to Lynda but the specialty of the platform is their live classrooms where teachers can teach students on an online whiteboard with audio & video.

Funding: After seed funding & series A round, WizIQ recently raised $4 Million in Series B round.

Trideal is a deals and discounts website. It started from Chandigarh, Panchkula, Mohali and hence the name trideal. They expanded to Ludhiana and did fairly well. In 2016, Trideal was acquired by Little for an undisclosed amount. The successful acquisition of Trideal makes it list in the top 10 startups of Chandigarh.

Pumpkart is an eCommerce company which sells water pumps online. This is one such startup in Chandigarh that has got reorganization by Google. In 2016, Google CEO Sundar Pichai mentioned Pumpkart as an example of a successful futuristic startup at a dinner with Narendra Modi during his India visit. Pumpkart has recently started to open O2O stores i.e. online to offline and has expanded many folds.

Funding: Want to raise $15 Million in their first round.

Edurev is an online education platform where students can take free courses from teachers and other skilled people willing to teach online to help others. Apart from the literal meaning of student and teacher, Edurev helps anyone to upload a course and help others learn skills. They support videos, notes, audio, text and other media. Edurev has also raised funds.

Jugnoo is one of the most well known and famous startup in Chandigarh. It is an on-demand auto rickshaw platform. They have built a technology similar to Uber and have implemented that in the field of auto rickshaws. As of now, Jugoo has got a presence in about 30 Indian cities and are looking forward to launch Jugnoo at some international locations as well.

Funding: Jugnoo claims to have raised $5 Million in first round. Then $5.5 in Series A and again $10 Million in Series B. PayTM is the largest investor in Jugnoo.

Jumbo Basket is an eCommerce platform with a unique idea. It acquires the returned goods from e-commerce giants like Flipkart and Snapdeal and sells them to local traders. Jumbo Basket has got funding from CAN.

Comparometer is yet another good startup based in Mohali near Chandigarh which has got funding and is going strong. Comparometer is an online price comparision platform which lets a user compare prices of a particular product from numerous eCommerce websites. Read more about them HERE.

Robo Champs is on a mission to revolutionize the education system in India. This Cahndigarh based startup has already tapped thousands of students with their robotics hands on practice kit and have tied up with many schools and colleges. Good part is that they are teaching robotics to slum children absolutely free of cost.

MobiProbe is a SAAS based platform for mobile app developers that helps them with real time performance and diagnostic tools for Android as well as iOS apps. MobiProbe was listed among the top 30 technology companies selected by TechSparks in 2015 and has also been a part of NAASCOM 10,000 startup program.

Chandigarh Metro is the first and the largest digital community of Chandigarh. The website serves the city residents with interesting news, events and other important updates. As of July 2016, Chandigarh Metro gets over 1.5 Lakh users and 2 Lakh page views every month that makes it reach to over 15% of total city population.

While some startups in Chandigarh that were able to make it to the media like Bistro Offers & Bulbul could not sustain for long. Apart from this, the startup culture has seen a steap rise in Chandigarh with young entrepreneurs working on their ideas and trying to make it big.

We wish all the very best to everyone.

In case you think that we have missed out some important Chandigarh based startups, do let us know. This list of top startups in Chandigarh was last updated in the month of July, 2016. 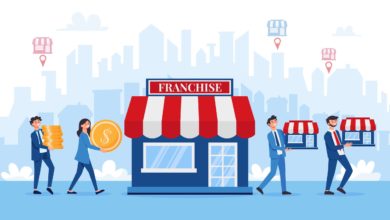