Everyone wants to look beautiful and when it comes to Chandigarh, a city called as the city beautiful, makeup artists over here are all indulged in making city’s pretty faces look even more prettier. One such makeup artist who has made a name for herself across North India for bridal and party makeovers is Tanvi KG. Based at Chandigarh, Tanvi has helped thousands of girls look their best with her strokes & styles that come backed with an experience of over 10 years in this field.

Providing makeup & hairstyle services across Punjab, Haryana, New Delhi and as far as Australia, Tanvi KG is known to create stunning looks in bridal as well as party makeovers. Tanvi believes that every woman is beautiful and there is a different makeup for every individual. One makeup style that suits one woman may not suit the second one. Apart from being one of the best makeup artist in Chandigarh, Tanvi KG is also a leading personal grooming and image consultant.

Tanvi KG started as a freelance makeup artist in Chandigarh but her passion and hard work soon took her places. She was so inclined towards makeup from a young age that she did her first diploma in makeup from Shahnaz Hussain’s Beauty Institute at the age of 16. Tanvi KG has never looked back since then and has achieved a dozen of professional degrees from prestigious organizations. Some of these include: 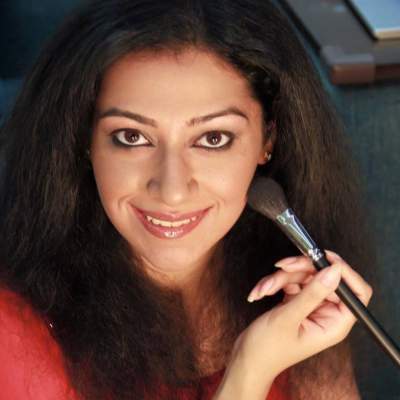 International exposure along with these beauty & makeup accreditation from world’s most prestigious organizations has helped Tanvi KG carve her career as the best makeup artist, not just in Chandigarh but the entire North India. Her work with celebrities like Hazel Keech, Meyhar Bhasin, Wamiqa Gabbi, Kings 11 Punjab Team, Dolly Guleria & Ashley Lobo has won her many laurels. Apart from Bollywood, Tanvi is also associated with Chandigarh’s ace photographers like Roshan Studios, Amit Sood, Angad Sodhi, etc. for fashion shows. Tanvi is an expert of Airbrush and HD makeup.

Tanvi KG is the only Makeup Artist in Chandigarh to have a Hollywood Movie as a part of her portfolio. 5 Weddings is a dream project of Hollywood Director & Producer Namrata Singh Gujral. She is a well known TV actor and Director based in Los Angeles, USA.

The movie stars well known actors Nargis Fakhri, Rajkummar Rao, Candy Clark, Bo Derek and Ravi Aneja among others. Tanvi KG had been appointed as the Head of Makeup and Hair Department (India) and as the personal MUA for Nargis and Rajkummar Rao for the entire India shooting Schedule. The shooting schedule was almost 2 weeks long.

Tanvi shares her experience of working in a Hollywood Film.

Know more and Book an appointment with IStyle Makeovers at +91-9988804567 for this wedding season.

Tanvi founded a venture by the name of I-Style Makeovers in the year 2012. The prime aim of this venture is to provide makeup services, personal grooming and image consultation services under one roof. Tanvi KG aims to become the best makeup artist of India and wants to keep serving her clients in Chandigarh as this is the city from she started it all. 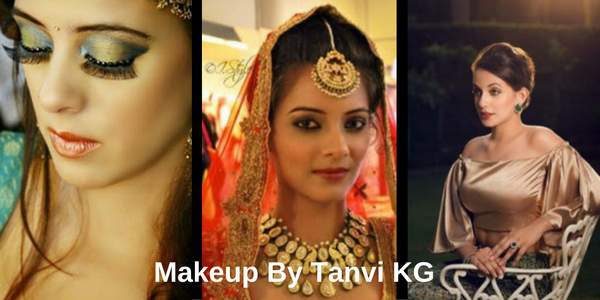 Some services offered by Tanvi KG makeup artist include – Air Brush Makeup, HD Makeup, Fashion Shoot Makeup, Bridal / Party Makeup, etc. Tanvi also provides on-demand beauty services where she travels with her team to the client’s location along with her complete set up. She also offers makeup and beauty courses to aspiring candidates who want to learn makeup.

Looking for a promising makeup artist in Chandigarh? Tanvi KG can be your best bet. Try it out and yes we forgot to mention that her prices are also on the affordable side. So, weather it’s your own wedding, an engagement ceremony, a family function or just a get together. Tanvi KG can make you look your best for any occasion. Know more and Book an appointment at +91-9988804567.