At first, they always ask why you are doing it, and then they ask how you did it.

If you want to know how Rakesh started as an MBA dropout with just dreams to the CEO and Co-Founder of India’s biggest Social Media marketing Company-Digihood Media Pvt Limited.

Rakesh was welcomed to this world by his parents Mr.Ram Balak Prasad and Mrs Kamala Prasad on 31st October 1995. Being the son of a Statue artist, creativity literally ran in Rakesh’s blood. And as the case is usually, creative people have a hard time being bound by the shackles of society.

After being bound in shackles for close to 22 years, Rakesh knew he no longer could take it and dropped out of MBA midway to pursue his interest in Social media. 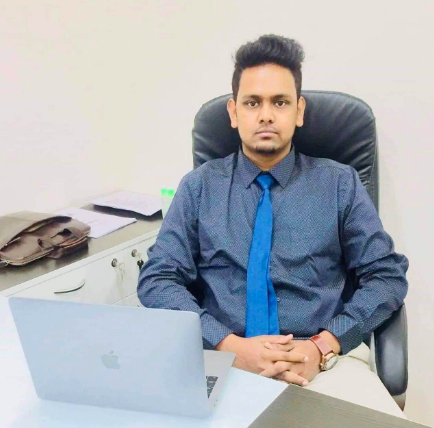 On 29 December 2015,He along with 3 other parters ,who at that point were just online acquaintances  would start a page called ‘Sarcasm’.The page and their friendship both grew at a rapid pace. Such was the reach of this page that within 6 months of starting the page they would reach 2 million followers. Quite a feat for a page managed by just 4 people.The page grew at such a rapid pace that they soon lost count of the number of followers.As of time of writing, more than 45 million people are laughing because of Rakesh and his page.

Hobbies and Other Interests

When Rakesh is not thinking about how to make people laugh he is either busy thinking about the next signing his Favourite Club Manchester United should make to win the Premier League again or just chilling to 80’s and 90’s music.Kishore Kumar and Rahat Fateh Ali Khan are mainstays in his playlist.

Rakesh does not believe in publicizing charity work, but he makes sure he helps the needy in whatever little way he can. He is a frequent visitor to the Mother Teresa foundation of Kolkata and tries to cheer up the patients in the Rehab Centres with his wit and charm.

We cannot become what we want by remaining what we are, and Rakesh wants Sarcasm to be much bigger than being just a Facebook page, He has huge plans for Sarcasm in the future. He wants to step foot into the glamorous world of Bollywood and make Sarcasm the go to place for  Celebrity news and Movie promotions.

After having conquered Facebook with his wit, Rakesh wishes to venture into content creating and maximise the page’s reach by opening a Youtube channel in the near future.

Rakesh has always believed Social media can be used as a powerful tool to bring about change,and he plans to do his bit by producing  Series of short films on Socially relevant issues that plague our Society.