In March 2019, one of the world’s foremost developers of online casino games, NetEnt, published a trailer on YouTube. It was a 30-second video for the upcoming release of Dead or Alive II, a sequel to one of NetEnt’s most popular slots.

Releasing promotional videos to go along with a slot game is nothing new, of course. However, what was different here was that NetEnt was releasing a teaser trailer, a month before the official trailer came out and several weeks before the game was released.

Teaser trailers are often reserved for blockbuster movies such as those in the Star Wars or Marvel franchises. They are designed to build anticipation for the movie, and to give a hint of what is to come. But teaser trailers for a slot, really?

It shows, of course, how much the gaming industry has changed, and Dead of Alive II is not the only slot game released with designs on becoming a franchise. Many of the top developers now focus on either branding a series of games with their own characters, themes and storylines, or appropriate elements of pop culture from movies and tv.

If you consider Playtech’s two main casino game series, Age of the Gods and DC Superheroes, which can be played at Mansion Casino in Canada. These games consist of many sequels, with new ones arriving on the scene all the time. Their popularity has made new releases into an event for casino players, much in the same way a new video game or comic book movie will cause a stir for fans.

Age of the Gods was thematically created from scratch, with the series now spanning about 12 games. It is based on the Greek myths, with the original games based on the exploits of Hercules, Zeus, Poseidon and other major figures. Yet, because there is so much to uncover with Greek mythology, the games creators were able to expand into games themed on other figures like Medusa and Midas.

DC Games have many sequels 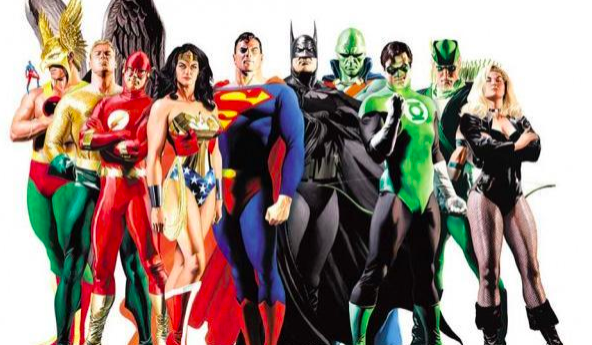 A similar pattern has been created for DC Superheroes games, which cover the likes of Batman, Superman, Aquaman and Wonder Woman. These games usually tie in with movies, even if that is retrospectively. But, again, there is a huge amount of source material to work with, giving the slots developers ready-made themes and storylines.

One of the key aspects that helps with popularity is that the games are connected; not just by theme, but by prizes. Both Age of the Gods and DC Superheroes games have interconnected jackpots, which are funded by players playing the game. This forms a link to previous games in the series and allows developers to create economies of scale to build bigger jackpots.

That idea of connecting jackpots through games has filtered through to other big-budget sequels too. Gladiator Jackpot was one of the biggest branded casino games online, and it too got a sequel that ties into the jackpot – Gladiator: Road to Rome.

Other slot games that have become franchises include: Rainbow Riches, Tomb Raider, Jack Hammer, and Vikings. In most cases, the aim is to offer something bigger and better than the original. It doesn’t always work, of course, and in many cases the original is best. But developers have become adept at building excitement for the next phase. And, that seems to delight casino players all over the world.