World Culture Festival, year 2016 is a 3 day event being organized at New Delhi in the month of March. The world culture festival 2016 is a celebration for completion of 35 years of service to humanity by Art of Living which has been founded by Sri Sri Ravi Shankar. WCF Delhi would be one of its kind festival where 3.5 Million people from different cultures of the world are expected to get together to spread a message for global peace through music and meditation.

Here are some details of the most talked about World Culture Festival 2016, Delhi.

Narendra Modi, the Prime Minister of India will most likely inaugurate World Culture Festival 2016 along with Pranab Mukherjee. A lot of other noted people are expected to mark their presence at WCF 2016.

If you want to witness the World Culture Festival 2016 at Mayur Vihar in Delhi, then you need to know that there is no entry ticket. Entry to the premises of WCF 2016 is absolutely free of cost and anyone can attend this massive event.

In case, you want to be a participant and volunteer at the event, then you may go through “The Art of Living” official website. 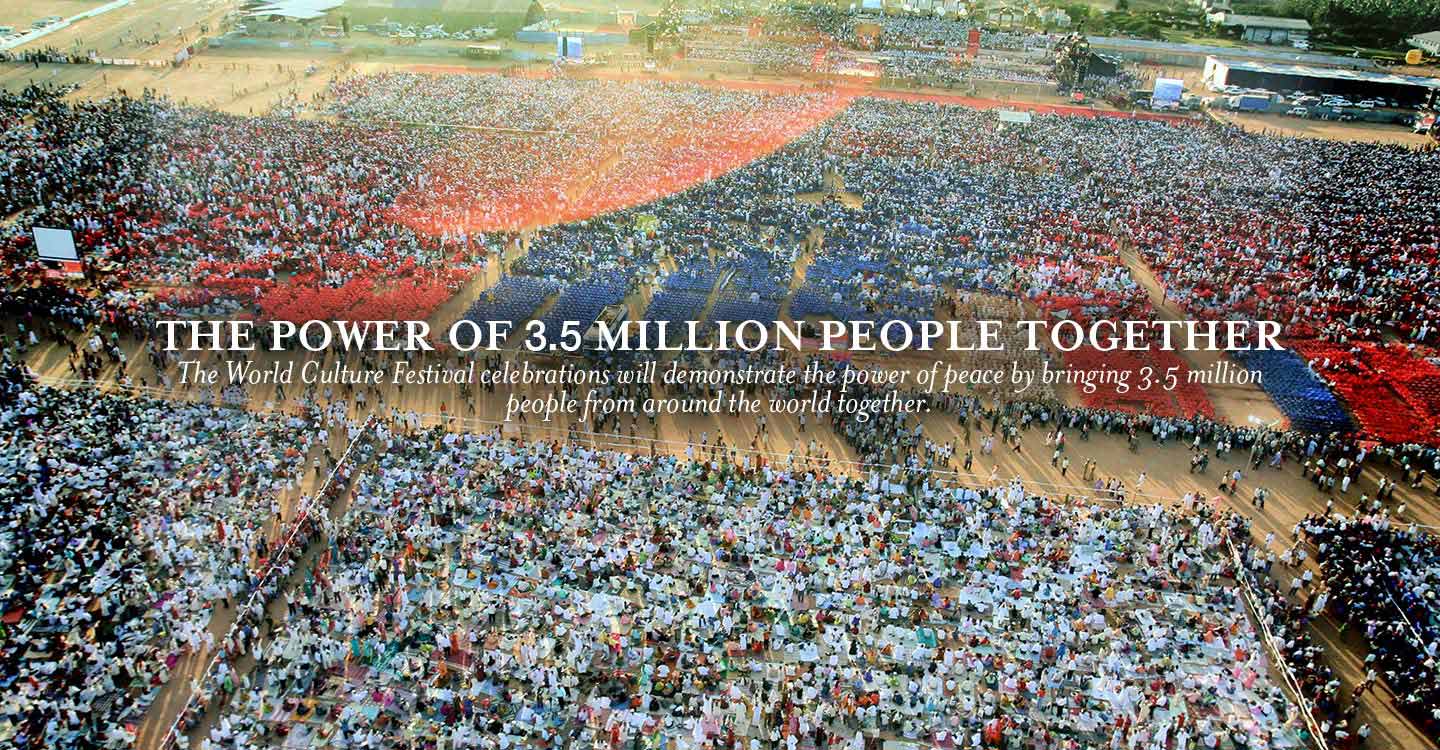 The stage for World Culture Festival 2016 at Mayur Vihar in New Delhi has been set up in a total area of 7 acres. This area is only for the stage where more than 25,000 musicians will sit together to give the message of global peace through their instruments in sync.

The massive size of the WCF Delhi stage Might also be recorded in Guinness Book of World Records for the largest stage ever. The size of the stage would be equal to 6 football stadiums. You can well imagine how massive it would be.