The most awaited launch of the Xiaomi smartphone with the Redmi Note 5A shall come to an end when the phone would be launched tomorrow in China at around 7:30 pm according to the Chinese time while it would be still 5:00 pm in India. The online leak ruining the suspense of the launch of the Xiaomi Redmi Note 5A has been encountered not once twice but several times. Creating curiosity and gaining popularity among the masses, Xiaomi Redmi Note 5A had even suffered a leak of its retail box via the online mode.

Beating all the odds that came its way of a grand launch, Xiaomi Redmi Note 5A now is being launched tomorrow in Beijing in China. 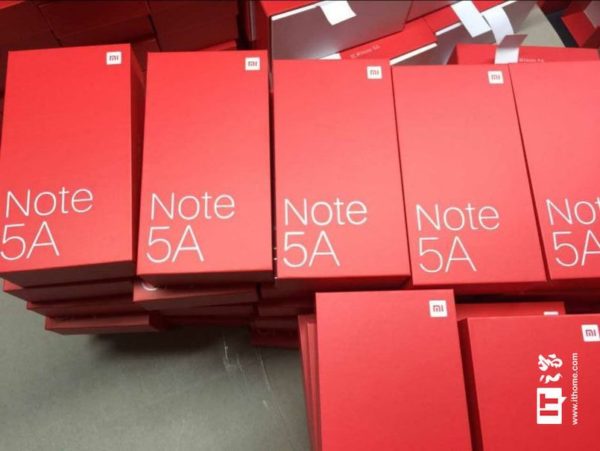 It is not yet established as to what exactly the features of the most awaited smartphone launch with the Redmi Note 5A by Xioami shall boast about, but speculations based on the past trends & online leaks reveal a lot about the phone way before its launch. Xioami Redmi Note 5A is estimated to have the famous Qualcomm Snapdragon 625 processor along with a huge storage capacity in the smartphone of 64GB with a 4GB RAM. Most likely its previous launches under the Xiaomi banner had variants with lesser specifications at affordable prices, it is furthermore believed that the Xiaomi Redmi Note 5A might have variants with lesser capacity too.

Coming up with the 7.1 Nougat Android as its operating system along with the single rear camera and a 5 MP front one & 5.5 inch HD display screen, Redmi Note 5A by Xioami is also believed to have all the latest versions like Bluetooth 5.0, Quick Charge 4.0 and a USB 3.0 compliant charger.

Estimated to be priced at INR 10000 and above, no official confirmation regarding the price details of Redmi Note 5A has been made by Xioami as yet.Burning one’s pocket never sounded so lucrative and that is what Xioami as a smartphone manufacturer makes you do and with the launch of Redmi Note 5A, the half gone insane world by these phones are going to see their fresh side of tech savvyness!