Chandigarh as a city is well known across the globe. Adding to the fame we have a famous personality who is also one of the most eligible bachelor in India who is all set to get married. While this may be a sad news for many girls not only in Chandigarh but throughout the world, we here at Chandigarh Metro are quite happy.

The couple has been dating each other from quite some time and they secretly got engaged in Bali, Indonesia in the year 2015. Yuvraj revealed that he was following Hazel for 3 years and asked her out for coffee many times but she often ignored it. It was after 3 years that she accepted his proposal and now the couple is all set to become happily married.

Yuvraj has been clean bowled by the googly of Hazel and now on 30th November, the couple will officially become life partners in a lavish marriage ceremony which is scheduled to be in Chandigarh. All the shopping for the wedding has been carried out by Hazel and Yuvraj’s mother.  The marriage ceremony will be a mixture of Punjabi and Hindu culture. Hazel has even selected the bridal dress but even the designer name has not been revealed yet.

Wedding Dates are Out!! 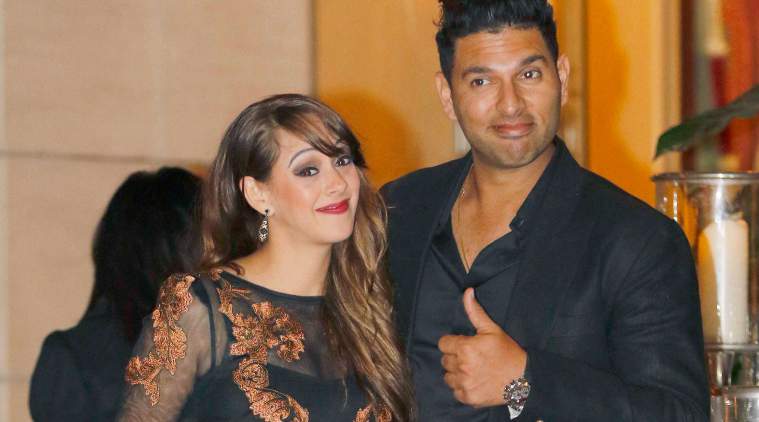 30th November 2016 will mark the beginning of this grand affair. According to sources this would be a Gurudwara wedding in Chandigarh. It will be followed by another wedding with Hindu rituals in Goa on 2nd December which will be attended by the Mumbai friends of the couple. The sangeet function will be on December 5 in a farmhouse near Chattarpur, and the reception will be at a city hotel on December 7.

We know the venue in Goa & Mumbai but the wedding venue in Chandigarh has not been disclosed. Maybe, because Chandigarh ke kuch log bina bulaye shadiyon mein pahunch jate hein.

Anyway, the most awaited ‘Vivah’ of Indian Cricket Team’s player will be a lavish one and seems to be family centric. But whatever it is, the fans are happy in your happiness ‘Yuvi’.