Manushi Chillar has won the title of Femina Miss India 2017 at the grand finale ceremony of the event in Mumbai on Sunday. Manushi Chillar belongs to Haryana and did her schooling from Delhi and graduation from a college in Sonipat.

Manushi Chillar won the crown of Femina Miss India 2017 by beating 29 other contestants from different states of India. It was for the first time that all contestants wore an Indian dress during a round at the final ceremony of the much talked about beauty pageant.

There were a total of 30 participants who participated for the crown of Femina Miss India 2017. Participants were from all states of India.

The finale of Femina Miss India 2017 was hosted by Ritesh Deshmukh and Karan Johar. The event which was held at Yash Raj Studios in Mumbai was filled with entertainment as a lot of Bollywood stars performed live at the venue during the show. Some live performances at Miss India 2017 finale included that by Sonu Nigam, Ranbir Kapoor, Alia Bhatt and Sushant Singh Rajput.

The crown of Miss India World has been bagged by Miss Haryana – Manushi Chillar.

Manushi Chillar who is now the Femina Miss India World 2017 belongs to Haryana and has done her schooling from Delhi. She did her college from Sonipat and both her parents are doctors. As per her Instagram, she aspires to be a doctor but is also in modelling since long. 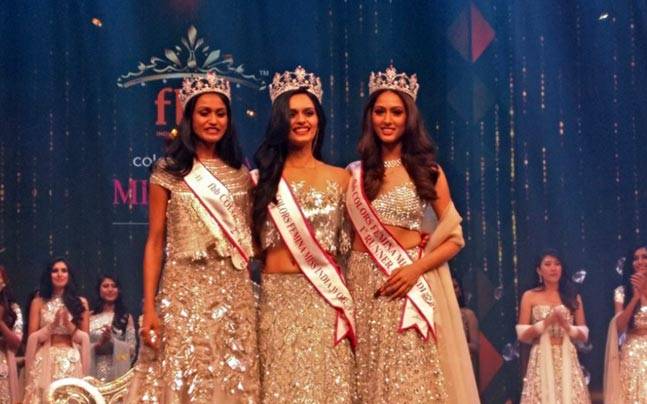