Yoga came into the life of entrepreneur and Yoga instructor Saurabh Bothra at an opportune time. Transitioning in his life from being a young graduate to a new employee, Yoga came forth as a respite and a life-changing experience for him.

For him, intricacies of the asanas and a blend with his spiritual guide built a stronger foundation within him. It drove him deeper into the crevices and depths of exploring a path that is generally not well-travelled. With this idea, he took a plunge into the world of teaching Yoga to many others.

He strongly feels that there is no particular age till which you can re-learn things and change your habits. Bothra believes that only strong resolve can form the basis of a routine, which, in turn, can form the bedrock of a stronger, healthier and a more content life.

He wants to bring about a major shift in people’s mindset through Yoga and many other positive habits. Bothra notes that this change process is multi-layered and largely begins with a strong emphasis on building discipline.

In Bothra’s words,”Adhering to the timelines of the yoga classes and uncompromisingly sticking to the routine day in and day out eventually reflects in other spheres of life. Subsequently, as the cascading effect people start making better food choices and begin focusing more on mental health as a by-product of the freshly acquired perspective”

From a small-city boy to bagging a seat at the much-coveted IIT BHU and from learning Yoga to building his startup, Saurabh Bothra has done it all.

He has taught thousands so far and has hundreds of Yoga hours under his belt. His startup Habuild is home to more than 20,000+ members who attend mindfulness and Yoga classes virtually everyday. 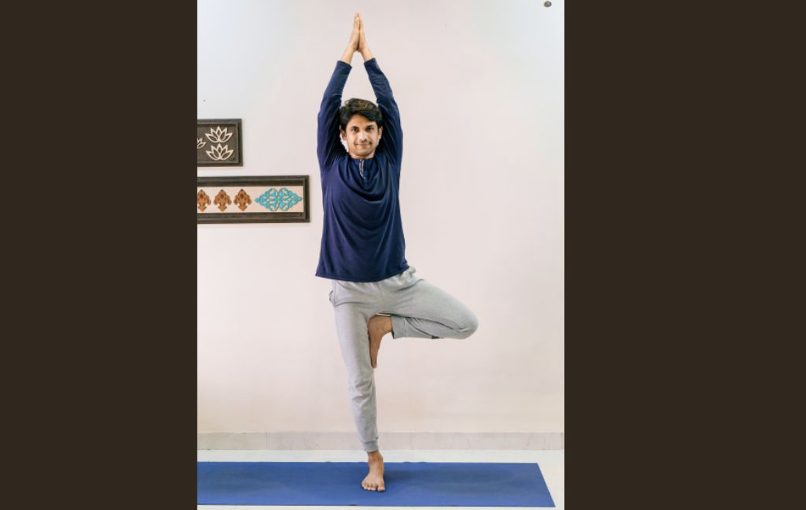 “My focus, going forward and in the future, will always be to help people build a consistent routine.” adds Saurabh. Speaking about his Yoga platform Habuild, Bothra continues, “Our customers are largely women. Down the line, we are also willing to add more products aimed at offering tailored, bespoke service ranges for people from other genders too.”

Besides Yoga, Bothra also intends to expand Habuild’s offerings to include activities such as Zumba and face Yoga to build a more engaging user base.

While food and water are necessities in one’s life, Bothra also believes that it is important to cultivate a strong consciousness and build a mindful life. With the world around us refusing to settle for a minute, many keep hopping onto the bandwagon of life without a care for their mental well-being.

Concluding by quoting poet Robert Frost, Bothra says he still has miles to go as he treads on another day and lives another day.