Shahrukh Khan and Anushka Sharma, the Bollywood stars are in Punjab to shoot for their next movie which is being directed by Imtiaz Ali. ‘Rabb ne bana di jodi’ co-stars are all set to be back on silver screen with their new project. Both the leads Shahrukh and Anushka were spotted in Jalandhar, Punjab for the shooting purpose.

After completing the shooting schedule in various foreign countries the actors along with the crew members have arrived in Punjab for rest of the shoot. A huge crowd gathered on the shoot location to have a glimpse of their favourite stars of Bollywood. The upcoming movie is expected to be released in August 2017.

Anushka and Shahrukh have done many films together, even Anushka has started his Bollywood with ‘Rabb ne bana di jodi’, opposite to SRK. Once again the hit jodi of Bollywood SRK and Anushka have been featured in Imtiaz Ali’s romantic drama movie.

But the title of the movie for which Shahrukh and Anushka have been shooting is not yet revealed. Earlier the title has been decided as ‘The Ring’, but it os said that it will either be named as ‘Rehnuma’ or ‘Raula’. As of now, the title of the new movie of Imtiaz Ali is a mystery. Sharukh Khan will be playing a role of a tourist guide, whereas as Anushka will be playing the role of a Gujrati girl, who has been on a world tour. 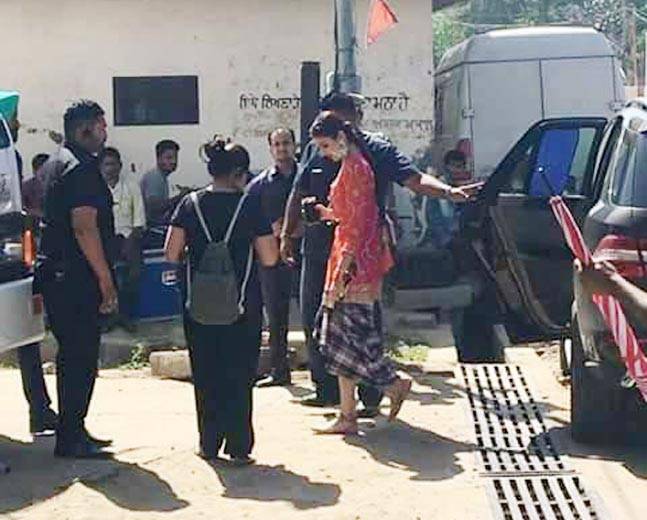 Highlights of the shooting

Before Punjab, the crew was shooting in different cities of Europe like Budapest, Prague, Lisbon, Amsterdam and others in October. As the news spread over the area, a huge crowd rushed towards the shoot location to have a glimpse of their favourite stars.

It has been said that the new untitled movie of Imtiaz Ali will clash with ‘Toilet- Ek Prem Katha’ of Akshay Kumar that has been pushed ahead because of its shooting delay.