Tata Motor’s most anticipated sub-compact SUV – the Tata Nexon is gradually increasing the car lover’s pulse. Since the unveiling of Tata’s Nexon at the Auto Expo 2016, car enthusiasts across the country are anxiously waiting for its launch. Tata Motors officially revealed a bit of the information about their latest kid which is expected to hit the market soon.

As per the Tata Motors, the company is gearing up for its highly anticipated product. With the introduction of Tata Nexon Tata Motors will have another four wheeler in the SUV segment. The company revealed that it has added two new, power-packed engines to its powertrain portfolio to power the new Tata Nexon. These performance oriented engines from Tata Motors include the Revotron series 1.2L Turbocharged Petrol engine and a 1.5L Diesel engine from the Revotorq family. These new generation engines are poised to offer an unrivaled package of performance, refinement coupled with fuel efficiency. These engines will make Tata Motor’s much awaited SUV – Tata Nexon the most powerful sub-compact SUV in India. 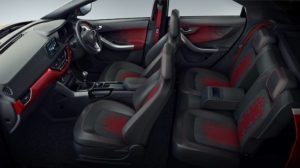 Since its debut at the Auto Expo 2016 the Tata Nexon has received an overwhelming response. All thanks to the Tata Nexon’s ultra-modern styling and premium glance, it has become one of the most anticipated vehicles in the country that everyone is intriguingly waiting for. As of now, Tata Motors has not revealed the date of launch but it has said that it the Tata Nexon is scheduled to be launched this festive season.

Specifications of the new Engines in Tata Nexon