Honda City has been the king of the sedan segment in the Indian market since its inception. However, the launch of the Maruti Suzuki Ciaz has considerably changed that and now the competition is going to get even severe with the Toyota Yaris. The car was showcased at the recently concluded Auto Expo 2018 in Noida and remained quite an eye catcher at the show. Toyota tell us that the Yaris will be launched in India sometime in June later this year. We summarize our thoughts on the Toyota Yaris and explain if it will be able to dethrone the Honda City and the Maruti Suzuki Ciaz.

So Will The Yaris Be Able To Take On The Honda City and the Maruti Suzuki Ciaz? 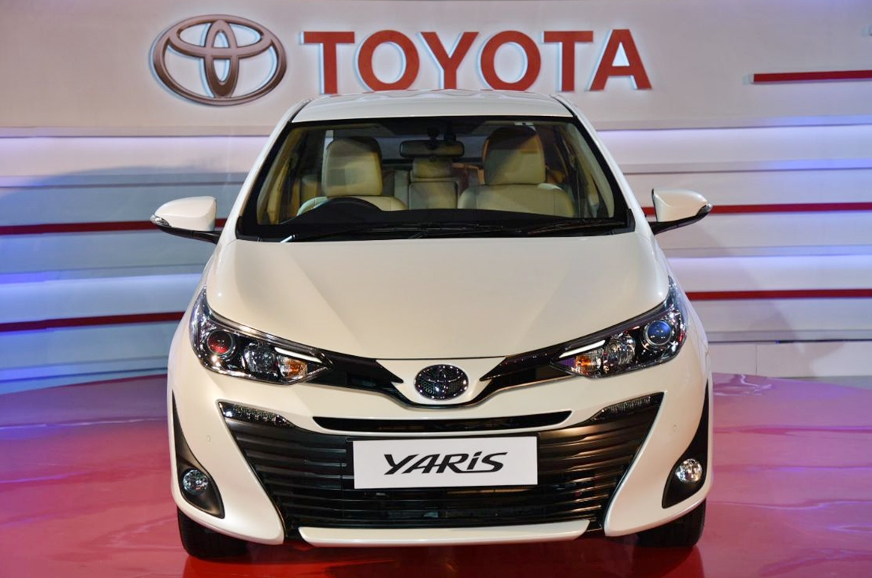 Honda City and Maruti Suzuki Ciaz are two very mature looking cars and look pretty similar especially from the back. The Toyota Yaris however in our opinion looks a smaller Camry in terms of styling and the huge black grille just makes it look ugly. We don’t know if Toyota wanted to make the car look sporty but it sure might backfire if the grille remains the same.

Toyota Yaris is also huge on the inside and can keep five passengers comfortable. Unlike the Honda City and the Maruti Suzuki Ciaz, the rear AC vents are roof mounted which has freed up leg space for the middle passenger. When it comes to the boot, we don’t have the official figures yet but it looks at par with the other cars in the segment.

Honda City and Maruti Suzuki Ciaz have achieved quite a balance when it comes to features and value for money but this is one field where Toyota Yaris might take things up a notch. It gets a privacy screen on the back, 70% tinted glass, 7 airbags, ambient lighting and tyre pressure monitoring system like the Ford Ecosport.

Toyota Yaris will come with a 1.5-litre petrol engine that makes somewhere around 105 BHP of power. This puts it right ahead of the Honda City and Maruti Suzuki Ciaz which both make less power compared to the Yaris. There is no information on what diesel engine will be offered in the Toyota sedan as of now. However, with disc brakes on all four wheels and automatic CVT gearbox available, we can expect the Yaris to come in a lot of variants.

Toyota Yaris has been confirmed to launch somewhere around June this year and will be positioned in the C-Segment along with the Maruti Suzuki Ciaz, and Honda City. The Yaris looks much more premium than the two and brings along a long list of features that were unheard of in this segment. Like the Corolla Altis which is the preferred car for chauffeur driven customers, the Yaris might lure in the customers who are looking for a premium car with comfort as the priority. Expect the Toyota Yaris India price to be somewhere around 9 Lakhs and go all the way up to 13 Lakh Rupees.