Larger and Beer Festival is coming to Chandigarh and the city is all set to experience a great time. The beer festival will be held in the month of September on 24th and 25th. It would be a musical feast for the people of tricity as they would be able to enjoy beer along with live music performances from renowned artists.

Some artists that would be performing live for Larger & Beer Festival include:

Divya Kumar is an Indian Bollywood singer who has lent his voice in a number of Bollywood films. He is the man known for his enthusiasm and desi style. Divya is the voice behind super hit tracks that includes Jee Karda (Badlapur), Hawan Karange (From the movie Bhaag Milkha Bhaag), Aafton Ke Parinde (from Movie Ishqzaade), Shake your bootiya (Finding Fanny), etc.

Yashita Sharma She has some renowned Bollywood songs to her name like Gallan Goodiyaan from the movie ‘Dil Dhadakne Do’ and Chaandaniya from the film ‘2 States’. She has also sung for films like ‘All the Best’, ‘Players’, ‘Chaalis Chauraasi’ and more. Being the 1st runner up on the famous reality show, Sa Re Ga Ma Pa Challenge 2009,  there is no stopping for this talented girl. Yashitaa can sing in Hindi, English, Gujarati, Marathi, Marvadi, Punjabi, Arabic and even Spanish. 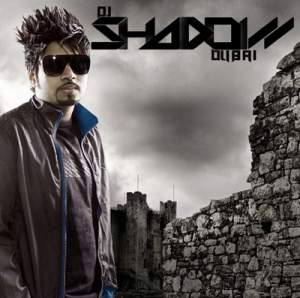 DJ Shadow Dubai is a award winning Bollywood DJ; and has officially remixed for the likes of Jay Sean, Yo Yo Honey Singh, Jazzy B and many more. His energetic performances, production and remixing skills are so good that they have taken him to shows across the globe. It also led him to feature in one of the biggest music based reality TV show ‘Raw Star’ with Yo Yo Honey Singh on Star TV. He was recently featured in the soundtracks of Bollywood movies including Aashiqui 2 & Zid. 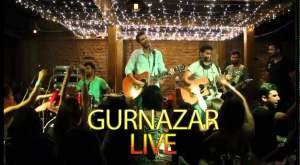 Gurnazar started playing as a band in 2012. The band managed to change the entire night-life scenerio in Chandigarh & Punjab. From DJ nights to live music nights, Gurnazar live band has won many hearts. Gurnazar Live will be playing live at Larger & Barrel Festival at Mohali. He also plays at concerts, Social Events, College Shows & Corporate Gatherings. Some of his hit tracks include Bewafa, Aadatan & more.

Deepak is the founder of Swastik the band. This computer engineer was so fond of music that he decided to make a career into it. He grew up listening his mother and grandpa. His compositions and the lyrics journey started with Song – ‘Tu Jo Nahin Hai Yaha’ and ‘Maan Baware’ , Gayi Tho Gayi. His soothing & enchanting voice is the reason for his success. He further gave hits like “Shimla Tha Ghar” and “Mai Marjana”.

She is a sensational diva and a new rising star in the world of Hindustani music. While still at school, she catapulted into prominence recently when she made it to the final round of “TOP 10” of the “INDIAN IDOL 6” on Sony TV Channel. Deeksha has been immensely popular in the capital for her devotional and folk repertoire. She continues to be a live-wire in the concerts and stage shows as she has been gifted with an outstanding range and a excellent voice that reverberates in listener’s ears. 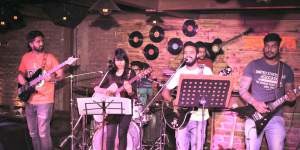 This is a band from Himachal Pradesh. They play & write what they feel is relative to life’s daily experiences. They make music which the audience can relate well. Their music is strongly related to Indian society but is presented in a very global sound with the genre of hard rock. Their first first official song was “Teen Patti”. Their elecrtifying live performance is what is being loved the most!

You don’t expect African students living in a society as patriarchal as Punjab to proudly sing a cover version of the hit Punjabi song, Patiala Peg, upload it on YouTube and harvest many hits. This band had shook the entire nation with only one video and their live performances are too energetic.

Saby is trained in Hindustani Shastriya Sangeet since the age of 10. He has been playing Ragas ever since. He accompanied his grandfather, who is now a retired professional Raagi, on Tabla and the secondary harmony player. Currently Saby performs as a singer and songwriter using an acoustic/electric guitar and lots of other shabangs.

Nissi Band is a fusion band from Jammu. Its a 5 member band which has been playing together for over 3 years. The band promises high voltage performances that will leave the audiences grooving! They have been performing in various colleges, gatherings and clubs. Their superb performance is sure to keep the viewers hooked.

Women With An Edge | Chandigarh Fashion Show for Women Empowerment

Everyone Is Talking About TiECON Chandigarh. What Is It After All?